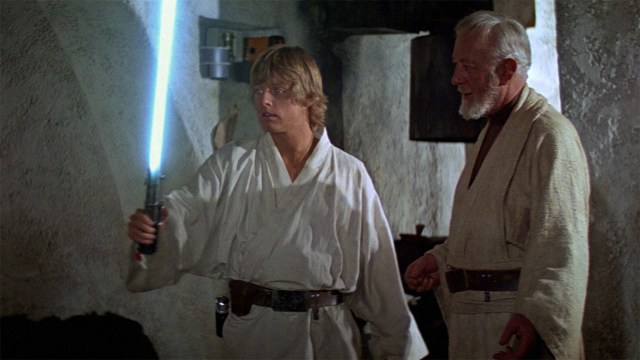 Despite its status as a franchise firmly intended for children, Star Wars is a delight for viewers of all ages. And, through all the goofy droids and clumsy Gungans, its films and series contain a surprising amount of violence.

The franchise has war in the name though, after all; conflict is to be expected. It is inevitable that those wars come with an abundance of violence, though thankfully the presence of cauterizing weapons tends to limit the actual bloodshed to a minimum.

Some of the weapons in Star Wars canon are truly devastating, with creations like the Death Star claiming literally billions of lives in a single instant. Even lightsabers, when wielded by a capable enough warrior, can be ruinous tools, cutting through enemies without a thought.

One lightsaber is able to claim a higher kill count than any other, at least according to a recent post to the Star Wars subreddit. User Nemarus is advocating for Anakin Skywalker’s second lightsaber to claim the award for highest kill count after the weapon was used with frightening efficacy across three generations of Star Wars releases.

Anakin’s first saber was destroyed in Attack of the Clones, but the second weapon he wields — which is eventually passed down to Luke, and then to Rey — left a sea of dead in its wake. A litany of screenshots from a collection of separate Star Wars releases help to bolster Nemarus’ point, as they note the hordes of people that Anakin’s saber has killed.

The weapon has quite the kill count under its belt, but commenters were quick to point out that it’s far from the deadliest lightsaber in Star Wars canon. That title belongs instead to Anakin Skywalker’s third lightsaber, the one he wields as Darth Vader.

A few other saber-wielders were also in the running, according to commenters, but it’s unlikely that any single weapon can claim the number of kills that Vader’s can. Grievous likely took down a huge number of foes during his short time in operation, but considering his very “fine” collection of sabers, no single weapon likely holds as high a kill count as Vader’s.