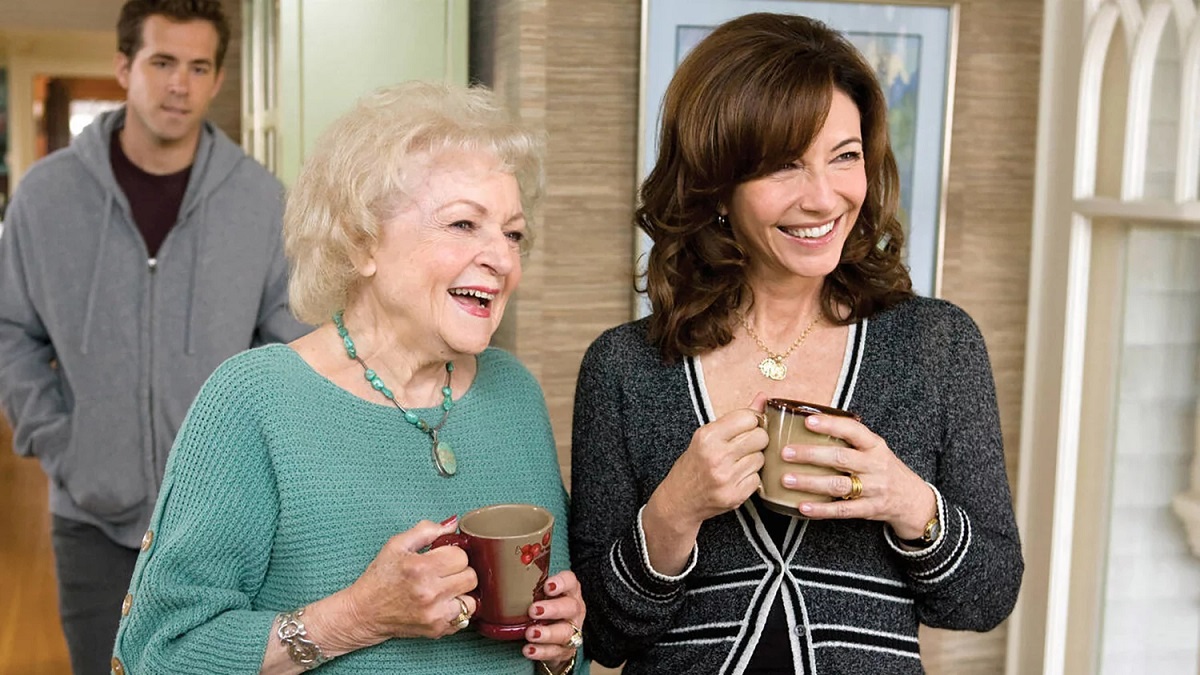 Following the heartbreaking passing of beloved actress Betty White, her filmography has gained considerable viewership as audiences reflect on her success and allow her legacy to live on.

Perhaps the most memorable role for White was Rose Nylund on the popular sitcom, The Golden Girls. American cable network TV Land are currently running a marathon of back-to-back episodes to pay homage to the sorely-missed star.

In addition to television, Betty White starred in countless feature films. Alongside several roles in which White lends her talents, she co-starred with Ryan Reynolds and Sandra Bullock in a the hugely popular rom-com The Proposal.

Directed by Anne Fletcher, the plot revolves around a Canadian executive (Bullock) who learns that she may face deportation from the U.S. because of her expired visa. Determined to retain her position as editor-in-chief of a publishing house, she convinces her assistant (Reynolds) to temporarily act as her fiancé.

In The Proposal, White portrays Grandma Annie, the grandmother of Reynolds’ Andrew. Due to the bickering between Andrew and his father, Joe (Craig T. Nelson), Grandma Annie fakes a heart attack, forcing the duo to reconcile. Annie takes a liking to Bullock’s Margaret, even sharing clothing and jewellery that’s been with the family for generations.

Ever since the untimely passing of Betty White, just a few weeks shy of her 100th birthday, fans of her work have flocked to streaming platforms to relive the best Betty White moments. As FlixPatrol standings reflect, The Proposal has entered the Top 10 list for Disney Plus this week in several countries — ranking eighth in Denmark, Finland, Iceland, Norway and Sweden.

As the whole world honors Betty White, the tributes are flooding in as fans pay their respects in many different ways. Reynolds and Bullock mourned the loss of their The Proposal co-star in touching tributes — both in interviews and on social media.