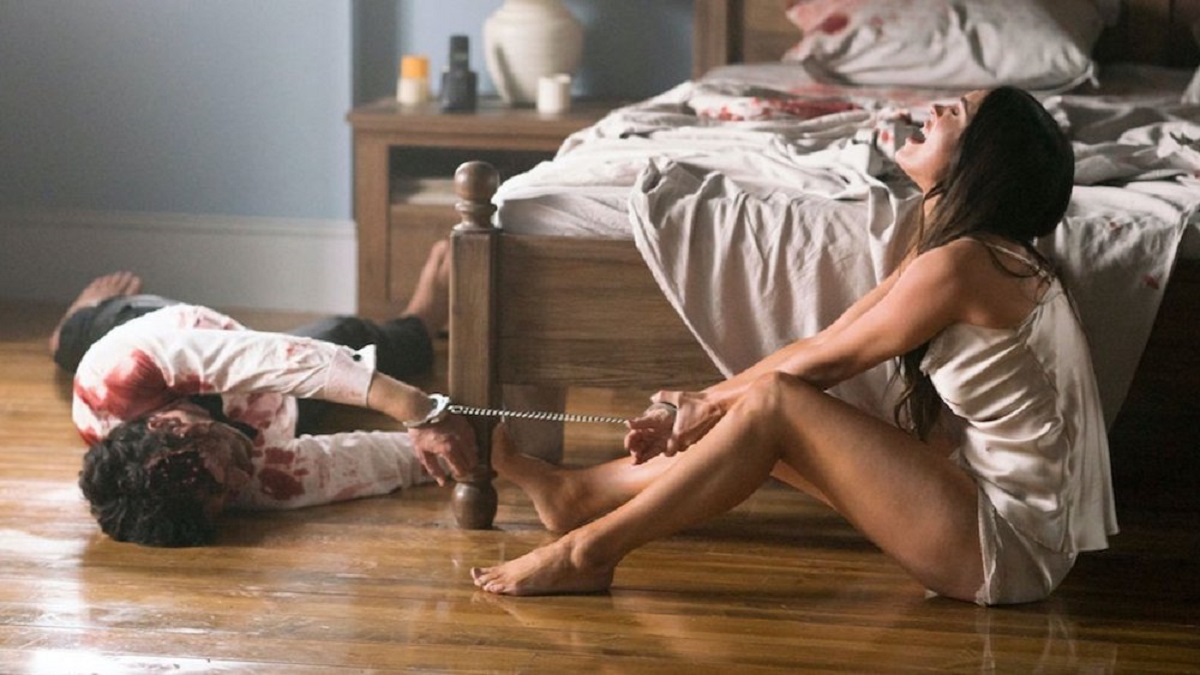 Due to the onset of the pandemic, the VOD market has been flooded by more titles than ever before, as studios and production companies fled from the big screen in their droves. One of the downsides is that plenty of fantastic features may have slipped under the radar, and we can definitely count Till Death among them.

The action/thriller/horror/home invasion hybrid was released digitally in July of last year, before making its way to Netflix a couple of months later, but the movie doesn’t get anywhere near as much praise as it should, despite holding an impressive 89% Rotten Tomatoes score.

Megan Fox gives what’s far and away the best performance of her entire career as a woman trapped in an unhappy marriage, who heads off with her husband to their remote lake house to try and rekindle and/or repair the stagnant relationship.

Instead, when she wakes up the following morning, half of his head is missing due to a gunshot wound, and she’s been handcuffed to the body.

To make matters worse, vengeful thieves show up on the scene looking for a big score, which is somehow connected to her spouse’s mysterious demise. At 88 minutes, Till Death doesn’t even consider the idea of pausing for breath, delivering a relentlessly pulse-pounding genre film that’s well worth the brief amount of your time it takes.

As per FlixPatrol, Amazon subscribers are clearly in agreement, with the acclaimed and very bloody effort one of the platform’s Top 20 most-watched titles this weekend.