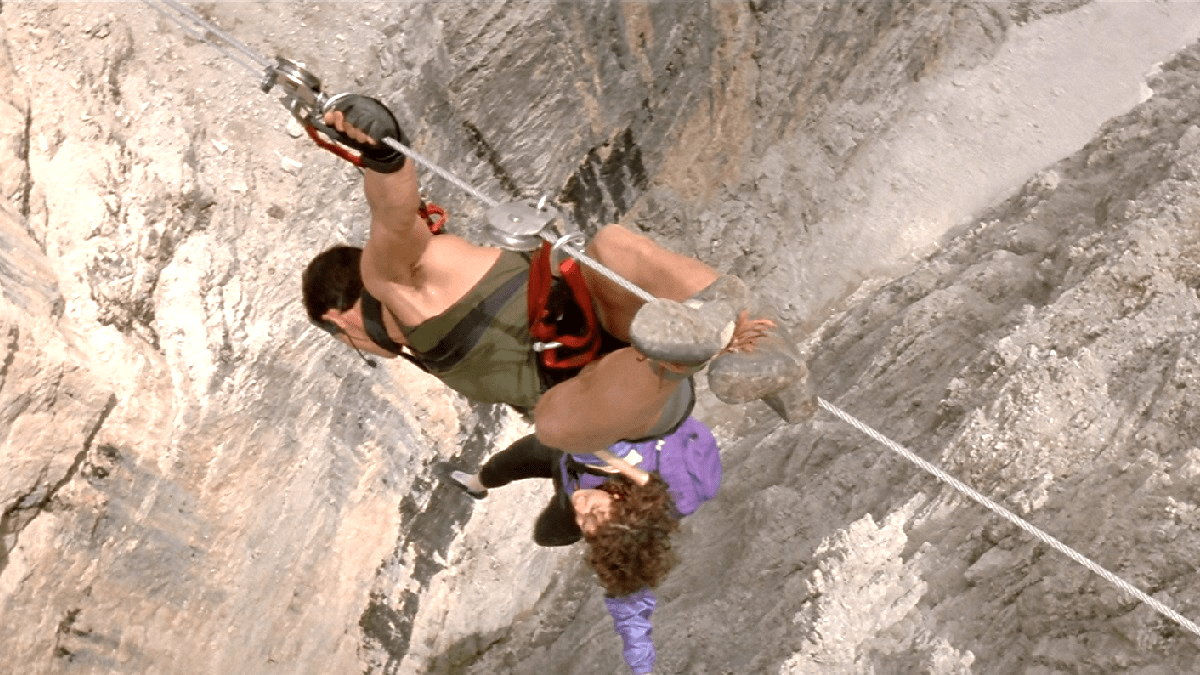 This year marks the 30th anniversary of Sylvester Stallone’s action classic Cliffhanger, and while the movie as a whole descends further and further into far-fetched territory as the story progresses, the opening scene remains more than capable of causing intense heart palpitations.

For a $70 million blockbuster that finds one of cinema’s most prominent action stars using his bulging biceps and brawn to fight back against a band of shady villains, Renny Harlin’s box office smash hit doesn’t hold back in kicking things off with an emotional gut-punch that’s unlike anything else to be found across the film’s 113 minutes.

One of the most intense, excruciatingly nerve-wracking, and anxiety-inducing set pieces the genre has ever seen, the leading man’s Gabe Walker can only watch helplessly as Michelle Joyner’s Sarah plunges to her demise during what was intended to be a straightforward rescue, or at least as straightforward as it gets when dealing with such dizzying altitudes.

Cliffhanger lives on as an enduring favorite for a variety of factors that include the impressive effects, preposterous set pieces, and John Lithgow inhaling the scenery whole as the delightfully hammy thief Eric Qualen, but it’s the opening scene that continues to capture the imagination, yielding a hefty heap of sweaty palms in the process.

As if we needed any more indicators that the failed extraction ranks as an all-time great five minutes of adrenaline-fueled tragedy, Redditors are having flashbacks to their first time watching Sarah plummet to her untimely doom, and virtually every single response is full of nothing but the utmost praise for how the tragic moment was constructed and executed.