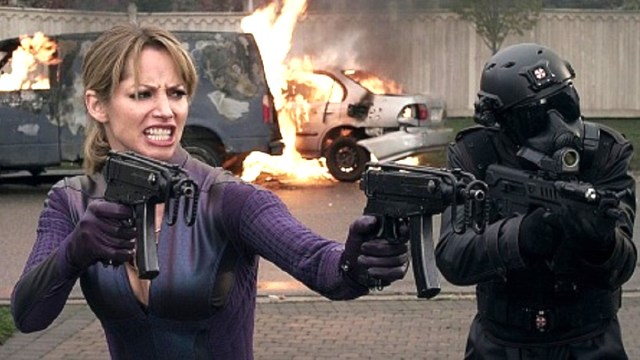 You know things are beginning to reach breaking point when even longtime fans of a property are questioning why nobody can ever seem to do it justice. Having witnessed multiple iterations of the IP already, it’s genuinely starting to feel as if we’ll never get a live-action Resident Evil that wins unanimous praise from all corners.

The six-film saga spearheaded by Paul W.S. Anderson and Milla Jovovich might rank as the highest-grossing series of video game adaptations in history, but it also wouldn’t be unfair to suggest that none of them were very good. In fact, the first and last entries set the bar in terms of Rotten Tomatoes scores by 36 and 37 percent ratings, leaving 2012’s Retribution as “the best of the rest” with a measly 28 percent.

That hasn’t stopped it from decimating the streaming charts, though, with Jovovich’s penultimate outing as Alice having gunned down a prime spot on HBO Max’s global rankings by way of shooting, stabbing, and generally maiming its way onto the Top 10 in close to two dozen countries per FlixPatrol.

Once again, our ass-kicking hero is forced to battle against the Umbrella Corporation, but this time she’s inside their secret facility and curious to find out whatever answers possible lurk within. If you’re a fan of the Resident Evil back catalogue, then Retribution doesn’t even consider reinventing the wheel in favor of sticking rigidly to formula, but that’s presumably why the vociferous fandom loves them so much.

After watching Welcome to Raccoon City tank and Netflix’s hated episodic adventure canned after one season, many are wistfully calling for the glory days of Anderson and Jovovich to make a return, and you can see why.