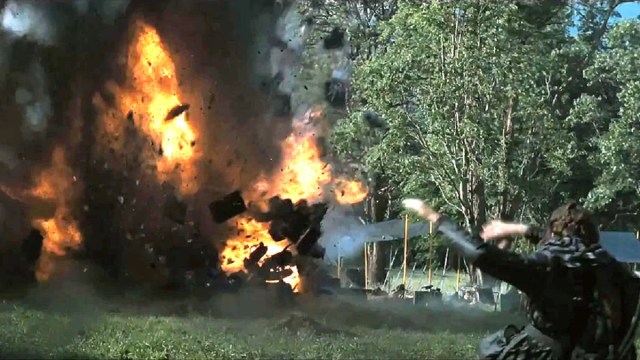 Hollywood’s obsession with taking what works and running it into the ground as fast as possible has arguably never yielded a wider discrepancy between hits and misses than when it came to YA literary adaptations set in a dystopian future. The Hunger Games was a phenomenon, and The Maze Runner got to complete a trilogy, but that was pretty much about it.

While those two properties did combine to earn upwards of $3.7 billion at the box office across a combined seven installments, the elephant graveyard of one-and-done failures is littered with the bones of The Golden Compass, Ender’s Game, The Giver, I Am Number Four, Mortal Instruments: City of Bones, I Am Number Four, and Mortal Engines to name but a few, while even the moderately successful Divergent petered out in a blaze of ignominy.

Clearly, The Hunger Games had something special about it to reign supreme as the most revered, acclaimed, and lucrative franchise of its kind, and Lionsgate still aren’t done yet seeing as The Ballad of Songbirds and Snakes could be poised to launch yet another multi-film series.

A full decade on from its release, and Jennifer Lawrence’s debut as Katniss Everdeen has proven its worth all over again, having ascended onto the Top 10 most-watched among Prime Video subscribers in the United States per FlixPatrol. A dazzling blend of splashy visuals, intriguing lore, and a top-notch cast firing on all cylinders, The Hunger Games captivated crowds around the world and continues to do so, even if the downside was the sheer volume of thinly-veiled imitators we had to endure.