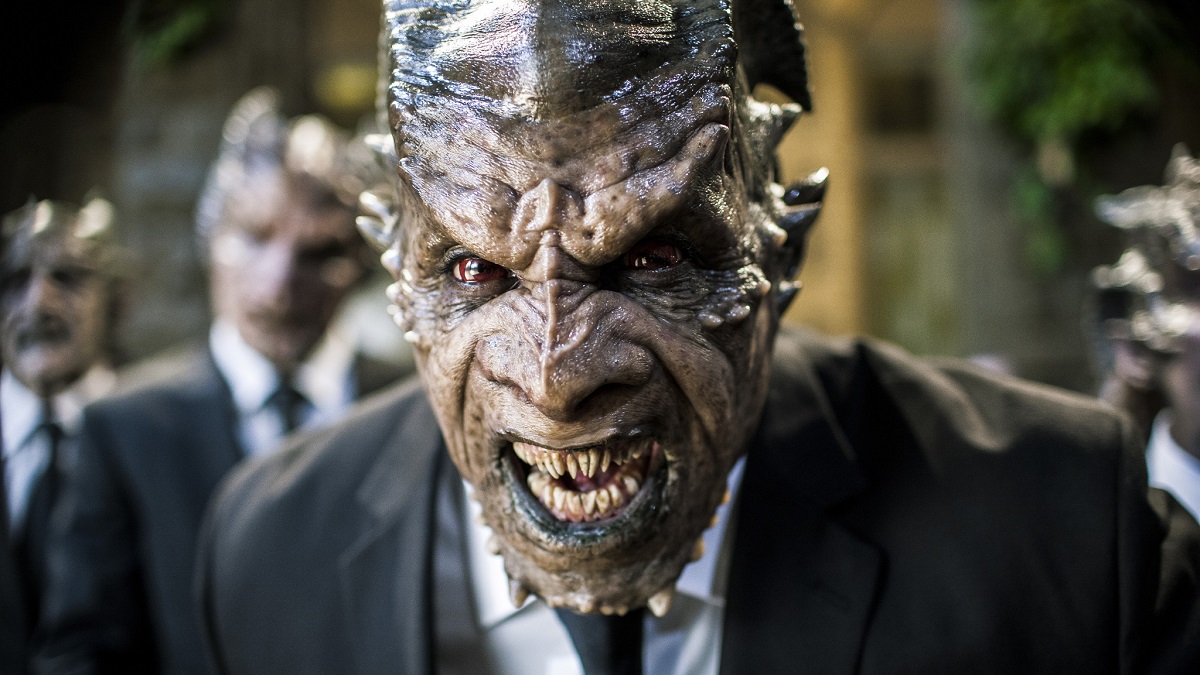 Even though more than 20 years have passed since Bryan Singer’s X-Men first sent the comic book adaptation shooting into the stratosphere as cinema’s most popular and bankable genre, the bubble is still yet to burst.

We’re beginning to think that it never will, even if not every feature gets to be a Marvel Cinematic Universe-sized success. In fact, some of them are abhorrently awful affronts to the medium, and we can feel entirely justified lumping the dismal I, Frankenstein into that particularly unwanted camp.

Based on the online-only graphic novel by Underworld co-creator Kevin Grevioux, the modern-day story stars Aaron Eckhart as Adam, centuries after being assembled by Dr. Frankenstein. The creature finds himself caught up in a supernatural war between gargoyles and demons, where Miranda Otto’s queen and Bill Nighy’s Prince each seek his allegiance to further their own nefarious agenda.

Writer/director Stuart Beattie’s abysmal fantasy actioner flopped at the box office and wound up with an embarrassing 4% score on Rotten Tomatoes, making it incredible to think that Grevioux once considered having Kate Beckinsale’s Selene show up in a post-credits scene to tie it to the Underworld universe, because critics and audiences clearly weren’t interested in seeing more of this world.

However, I, Frankenstein has shockingly become one of the top titles on Netflix, with FlixPatrol revealing that it ranks as the 25th most-watched movie on the platform around the world, which is why we can’t have nice things.