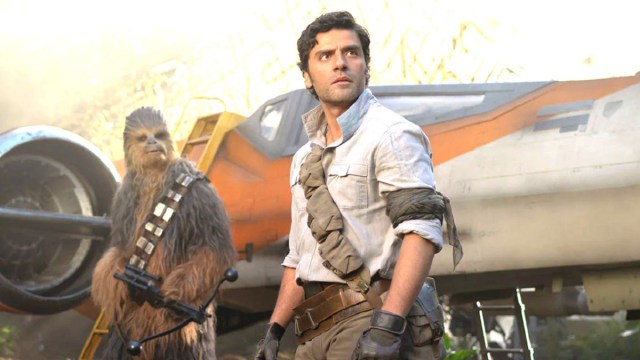 When the Skywalker Saga drew to an end in hugely polarizing fashion, it was expected that the majority of featured players in Episodes VII through IX would ride off into the Star Wars sunset with their arcs completed.

Daisy Ridley and John Boyega have been fairly adamant that they’re not interested in returning to a galaxy far, far away for the foreseeable future (if ever), and it seemed as though Oscar Isaac was in the same boat. Much like the other two, the actor’s Poe Dameron became less and less important as the sequel trilogy leaned harder into nostalgia, so you’d understand why none of them would be keen on a comeback.

However, the Moon Knight star appears to have changed his mind during an interview on SiriusXM, where he reaffirmed that he’d be open to a Star Wars second wind should the right opportunity present itself.

“I don’t know. I’m open to anything. You never know. I have no real feeling one way or another. I’m open to any good story. Time is the one thing that becomes challenging…as you get older and kids and all that. Where do [movies] fit in? If there was a great story and a great director and [Lucasfilm president] Kathy [Kennedy] came to me and was like, ‘I have this great idea,’ then I’m so open to it.”

Presumably, Lucasfilm will now be scrambling to find a way to squeeze Isaac’s Dameron into any future projects, given that the Disney Plus corner of the franchise has hardly been shy in dipping into the back catalogue for inspiration and cameo appearances.