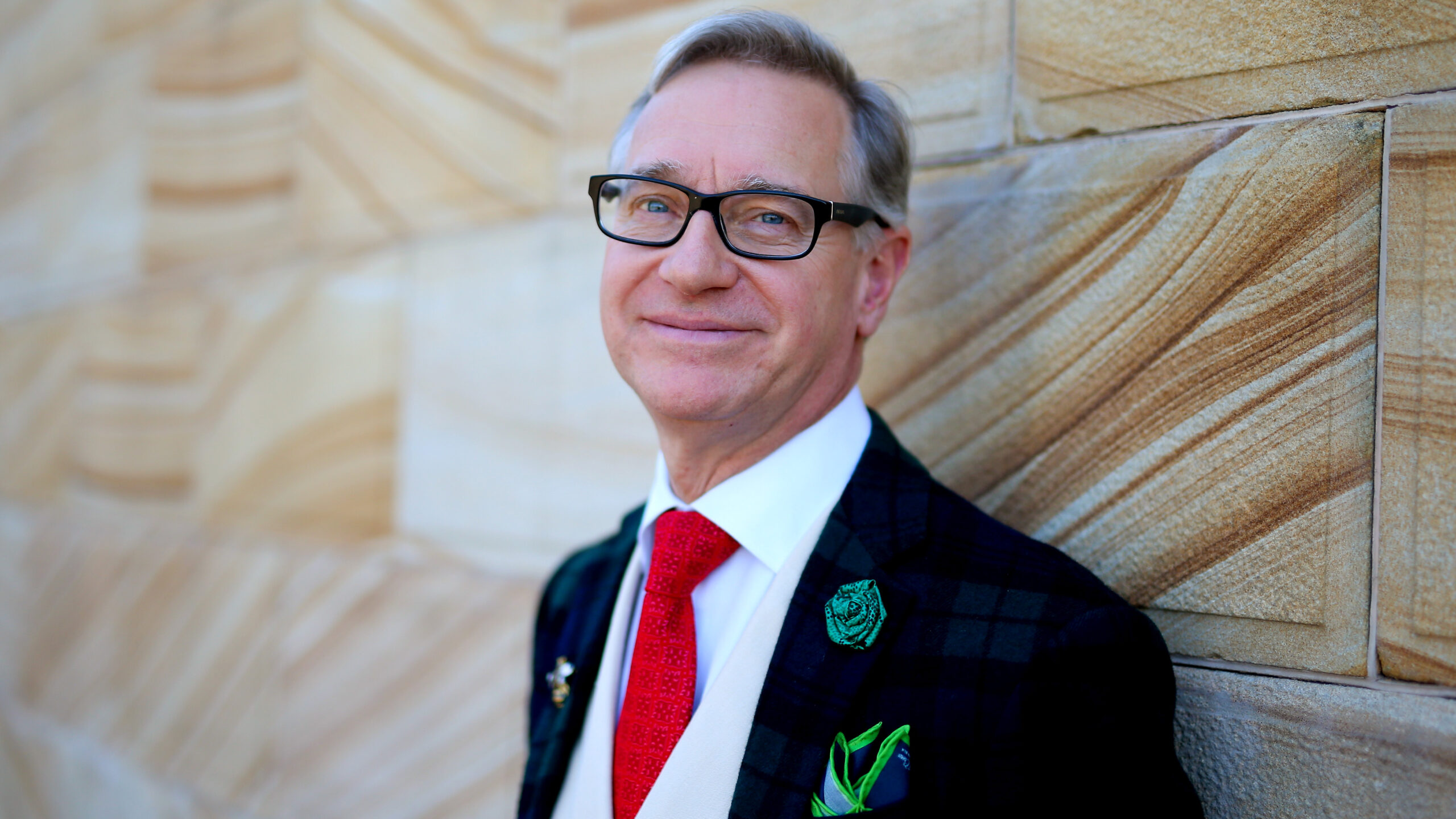 In 2016, Paul Feig released a reboot of Ghostbusters. It was supposed to be not only a celebration of the original franchise, but a way to move the series forward while keeping its classic irreverent tone. That didn’t happen.

The movie ended up being controversial, barely broke even, and was the subject of ire from seemingly everyone online. Even Feig, a paragon of joy and eccentricity (he’s known for wearing three-piece suits), was not immune to this unusual treatment from people he was simply trying to entertain.

The online backlash against the film, he told The Hollywood Reporter, took him by surprise.

“That a lot of people have a lot of passionate opinions and the internet allows them to directly express those opinions to you. It was a tense time in our nation’s history, and I think we got caught in the middle of that. Had it been a few years earlier or later, I don’t know if it would’ve hit like that. It was hard to absorb — and quite an assault for me because I’d always had such a lovely relationship with the internet. It just took me back to grade school and bullies. The bummer is that all we did was try to make a movie to make people laugh. Suddenly it became political, and it escalated out of control.”

Despite the difficult situation, the backlash wasn’t enough to get Feig off social media for good, even though people still bother him about it online. Has he ever considered quitting?

Constantly. But it’s a necessary evil. I’ve got 2 million followers on Twitter. It’s really hard to let go of that. When you work with studios, they want you to have that outreach. And I don’t disagree. And I love that movie, by the way. I’ll never be sorry that I made it.

Maybe strangest of all is the fact that the 2016 Ghostbusters movie had the best opening weekend of all of the movies, according to Newsweek. The original movie came out in 1984 and made $26.1 million (adjusted for inflation). Ghostbusters II made $65.7 million in inflation-adjusted dollars. The second Ghostbusters reboot, Ghostbusters: Afterlife, which came out last year, made $60 million.

Feig still takes it all in stride, however. He makes comedy for people who like to laugh, and he doesn’t do it for people who don’t like it. Still, he admits the reaction is “odd.”

“I’m not one of these people who thinks anything has ruined comedy. You’ve got to be cautious a little bit, sure, but I don’t want to insult anybody. I don’t want to make anybody feel bad. Good comedy is all about the human condition, extreme personalities and extreme characters put into situations. I think comedy’s in a great place. Movie comedy is in an odd place.”