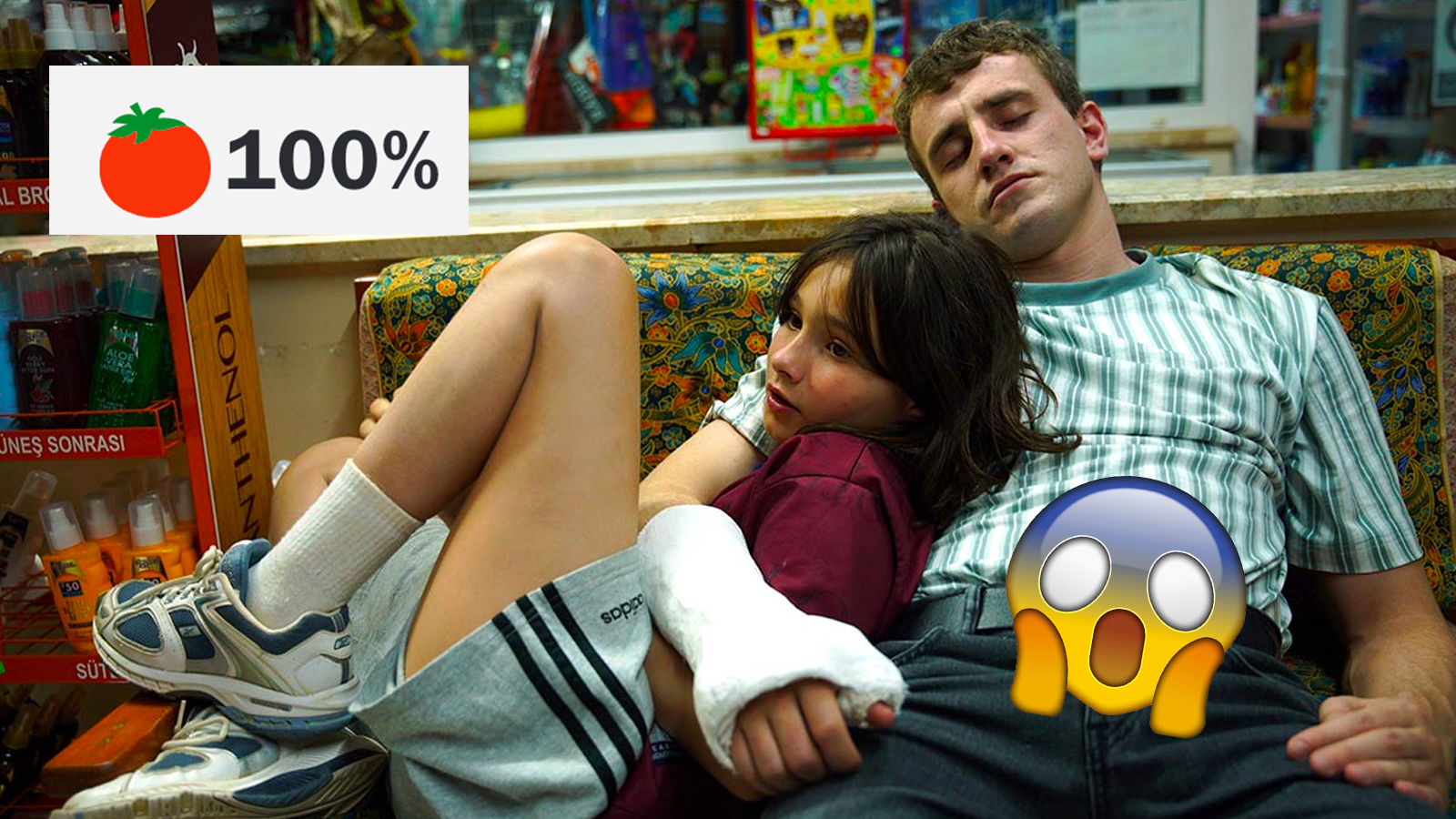 King Paul Mescal’s latest flick just premiered at this year’s Cannes Film Festival and based on the reviews is damn near perfect. But are we surprised after he pulled at our heartstrings and nether-regions in Normal People?

Charlotte Wells’ Aftersun debuted at this year’s festival. According to YouTuber The Oscar Expert, it follows a woman named Sophie (Celia Rowlson-Hall) as she recalls a vacation she took with her father Calum (Paul Mescal) when she was eleven. Newcomer Frankie Corio plays eleven-year-old Soph.

The film explores their estranged relationship, unique connection and the gaps in their communication. The pair are often confused as siblings because Mescal’s character had Sophie at a young age. There’s just a 20 year age gap between father and daughter, so the film also addresses the struggles of being thrown into fatherhood at such a young age, per the YouTuber.

Aftersun may only have received 13 official reviews as of publishing, but it’s still sitting at a whopping 100% on Rotten Tomatoes.

Irish Times critic Donald Clarke praised the film for how it “subtly communicates an enormous sadness lurking just beneath the surface”. The Guardian‘s Peter Bradshaw gave it a solid 5/5 in their rave review:

“Wells’ movie ripples and shimmers like a swimming pool of mystery; the way Wells captures mood and moment, never labouring the point or forcing the pace, reminded me of the young Lucrecia Martel.”

Speaking to French publication La Semaine de la Critique at Cannes, Paul Mescal revealed what drew him to the next big indie flick. He described Wells as an “extraordinary” filmmaker.

“The script was the first thing I encountered and Calum is someone I knew very quickly I’d love to play. It was challenging to read so I [knew] it would be an interesting film…

“Seeing someone trying exceptionally hard to succeed and be good and be a good father and failing is truly tragic to me. You see [Calum] actively pursue these things and come up short in these moments and disgusted in himself [and it’s] really moving.