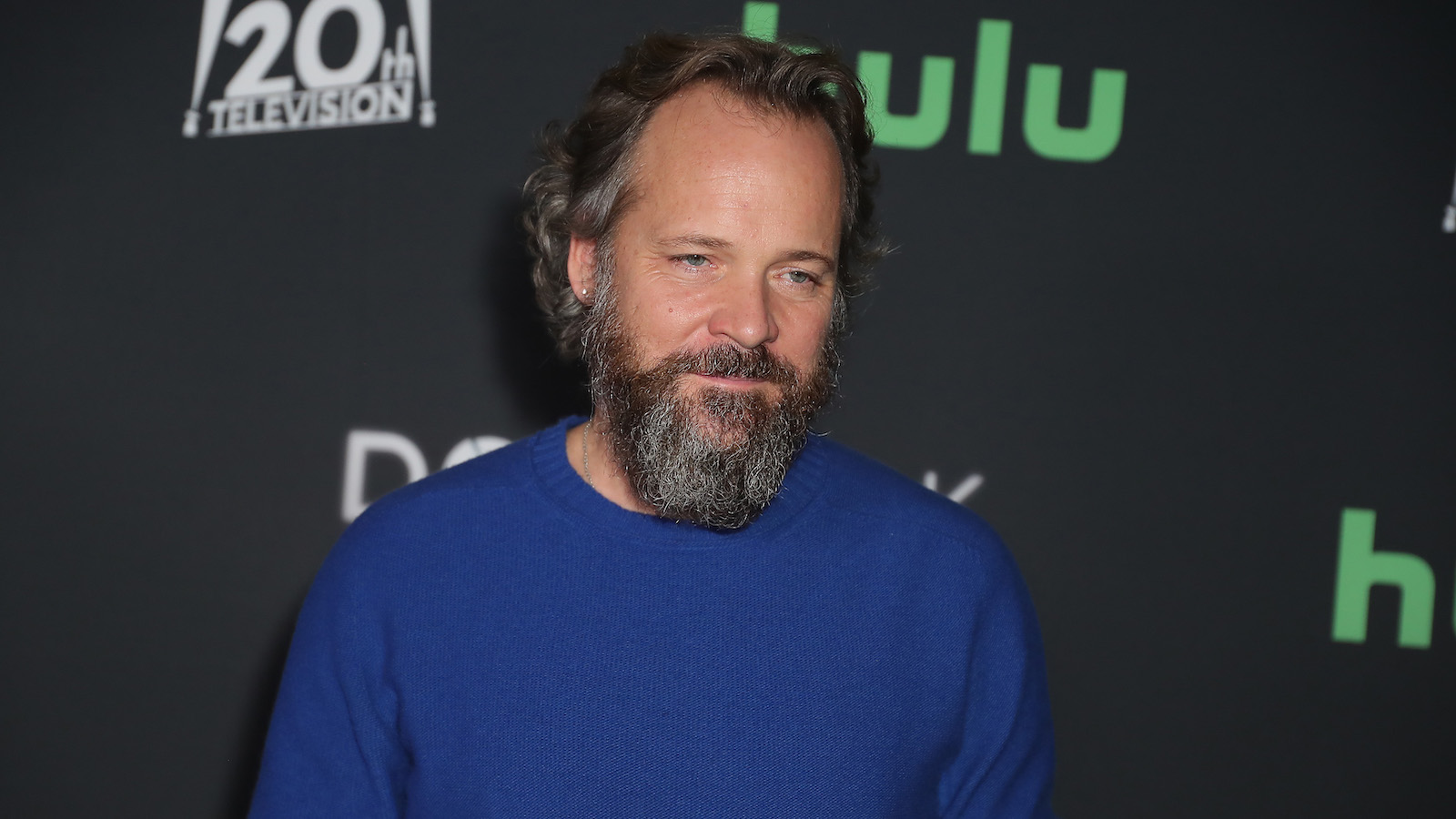 The last time outstanding character actor Peter Sarsgaard was in a superhero movie, he wore a prosthetic eight-pound head as villain Dr. Hector Hammond in 2011’s Green Lantern. The apparatus, he said in a recent interview with The Guardian, was liberating. Now he’s back in another DC movie — The Batman.

He doesn’t wear a mask in this one as Gotham D.A. Gil Colson, so maybe he had to go to other places for inspiration. For example, Sarsgaard compared his character to a very real-life person – Donald Trump.

“Gil is leading a double life,” he said. “He is protective of his family, but he’s involved in some things that are not legit. It creates more conflict. What if the biopic of Donald Trump showed how he made a damn good cherry pie on Thanksgiving and sang songs with his family, but then he did all this other stuff?”

Seeing that this is the eighth live-action Batman movie since 1989 (not including spin-offs or animated features), it makes sense that director Matt Reeves wants to try something new.

Sarsgaard’s foray into The Batman universe coincidentally follows in the footsteps of someone close to him: his wife Maggie Gyllenhaal, who played Rachel Dawes in Christopher Nolan’s The Dark Knight. Unfortunately, they don’t appear together in the same Batman movie (which would be hard considering Dawes’ character was killed off), but she did direct her husband in a Netflix short called Penelope, where he has sex with a tree, so there’s that.

And whether he’s playing Gil Colson or the literal tree living guy, you know he’s going to give it 100 percent. For example, in an appearance on Late Night with Seth Meyers, he said, “it totally makes sense” that he got amourous with a tree.

“It feels [like] a sort of post-apocalyptic thing. But one of the features of the show is that I do make love to a tree. And it builds up to it in a very natural way, and it totally makes sense. I’m dropping this on you right now, but you feel for both of us. But this is on our actual property that we shot it. So since then, I’ve been back out there doing my little chores and all that. Every time I walk past this tree, I have this kind of… it’s like I can’t look at the tree; the tree can’t really look at me.”

Whether it’s Trump or a tree, Sarsgaard takes inspiration where he can get it.

The Batman swings into theaters on March 4.