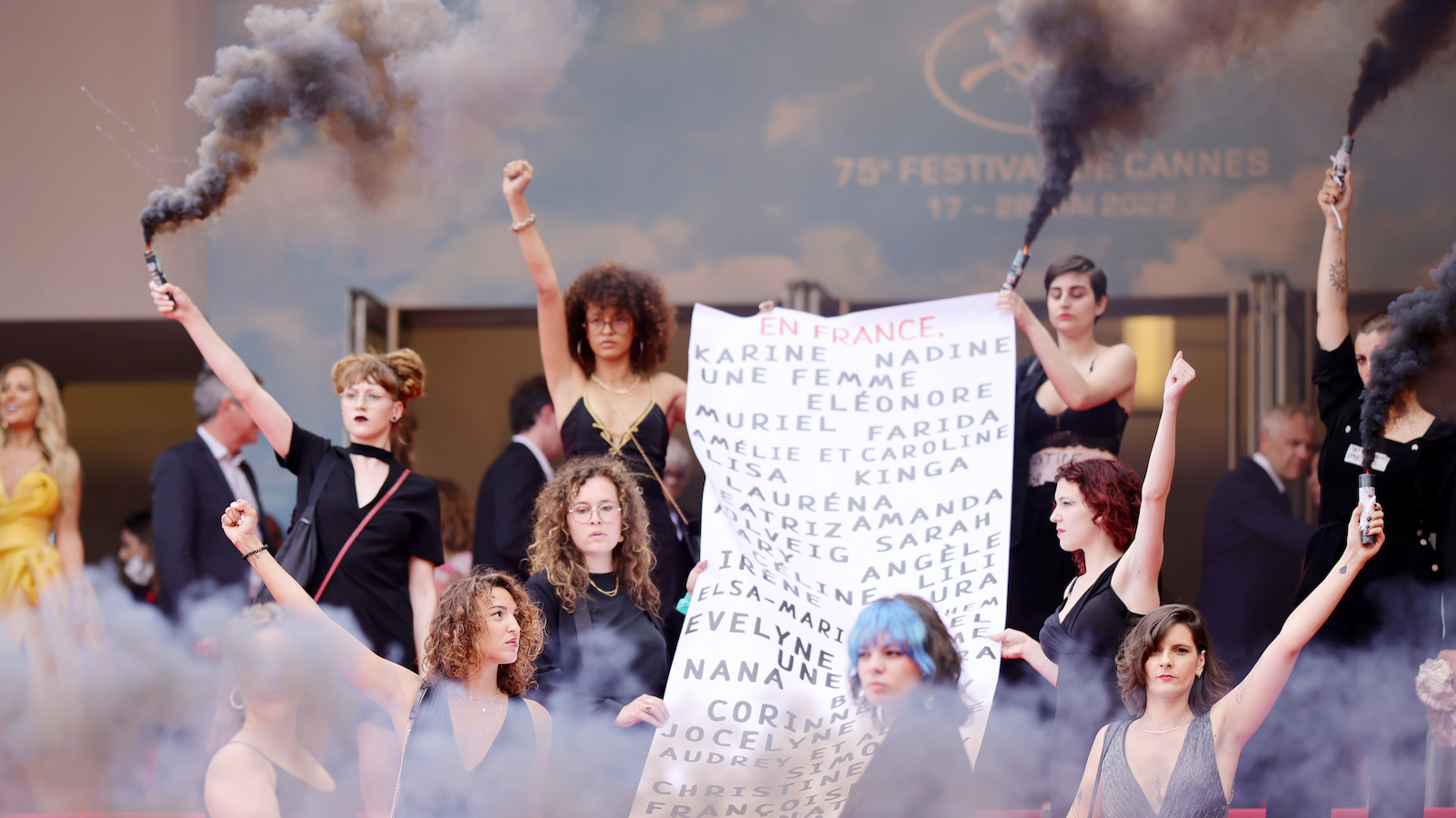 A group of women have taken to the red carpet of a film about femicide at the Cannes Film Festival to call for an end to gender-based violence in France.

Holy Spider is an Iranian thriller about a serial killer who preys on female sex workers in the religious city of Mashhad between 2000 to 2001. As shared by director Ali Abbasi, the film’s haunting storyline is based on real-life serial killer Saeed Hanaei, who believed he was on a “holy mission to cleanse the streets of sin.”

The protestors held up canisters of black smoke and a long banner listing the names of the 129 known women who were brutally murdered in France since the last Cannes Film Festival in July last year.

The film graphically depicts these killings on-screen and it’s reportedly so intense that several people walked out of the premiere. But it’s not clear whether the group was commenting on the very real violence towards women depicted in Holy Spider or if they were using it as an opportunity to raise awareness of similar issues facing women in France.

A source close to the festival reportedly told Variety the moment was not a stunt for the film. But security apparently allowed the protesters to walk onto the red carpet and be filmed and photographed.

Abbasi said at the premiere that the film was meant to raise awareness of the female victims of Hanaei’s crimes.

“In the past 20 years, I always thought of a huge injustice that has been against the real victims of this story. How even when people condemn this, they never mentioned those women. I feel that there is a little piece of justice here being played out tonight.”

It’s the second feminist protest to occur at this year’s Cannes Film Festival. A shirtless activist attended the premiere of George Miller’s 3000 Years of Longing on Friday to protest against the alleged sexual violence Russian soldiers have committed on Ukrainian women since Russia began its horrific invasion into the neighbouring country. The protestor had the colours of the Ukrainian flag painted on her chest as well as the words “Stop Raping Us.”