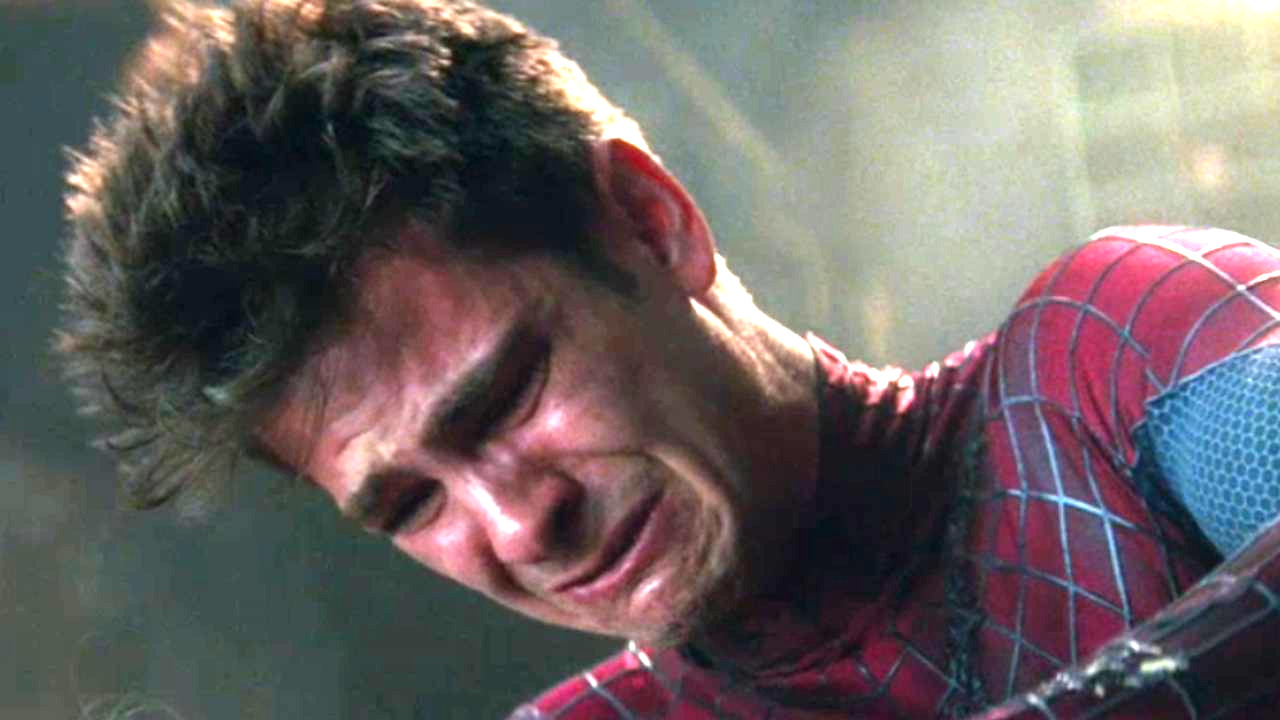 Andrew Garfield and Rachel Zegler are both having great years, which coincidentally culminated in each of them winning a Golden Globe for starring in an acclaimed musical.

The former’s Tick, Tick… Boom! and the latter’s West Side Story have been winning rave reviews from critics and audiences alike, and the respective movies are considered among the front-runners for Academy Awards glory. Of course, Garfield was also seen in small independent drama Spider-Man: No Way Home last month, and it turns out Zegler ended up in a flood of tears.

Interviewing each other for Variety, the fast-rising star admitted she was a huge fan of The Amazing Spider-Man duology, revealing that watching the recent Marvel Cinematic Universe in a packed theater was an experience she’ll never forget.

I have to say, as someone who’s just such a fan of your Peter Parker — directed by Marc Webb so beautifully — I love those movies and I love the dynamic between Peter and Gwen so much. The theatrical experience of seeing Spider- Manwas one of the greatest I’ve ever had. And I just had gotten my booster, so I had chills already. I cried like a baby. It started when Alfred Molina shows up, with Willem Dafoe as well. But when you come on screen, we were literally hitting each other — complete strangers in the theater. It was so freaking exciting.

The two former theater kids have nothing but the highest praise for each other throughout their chat, and they’ll be able to compare comic book notes soon enough, with Zegler set to play the third daughter of Atlas in DCEU sequel Shazam! Fury of the Gods alongside Helen Mirren’s Hespera and Lucy Liu’s Kalypso.