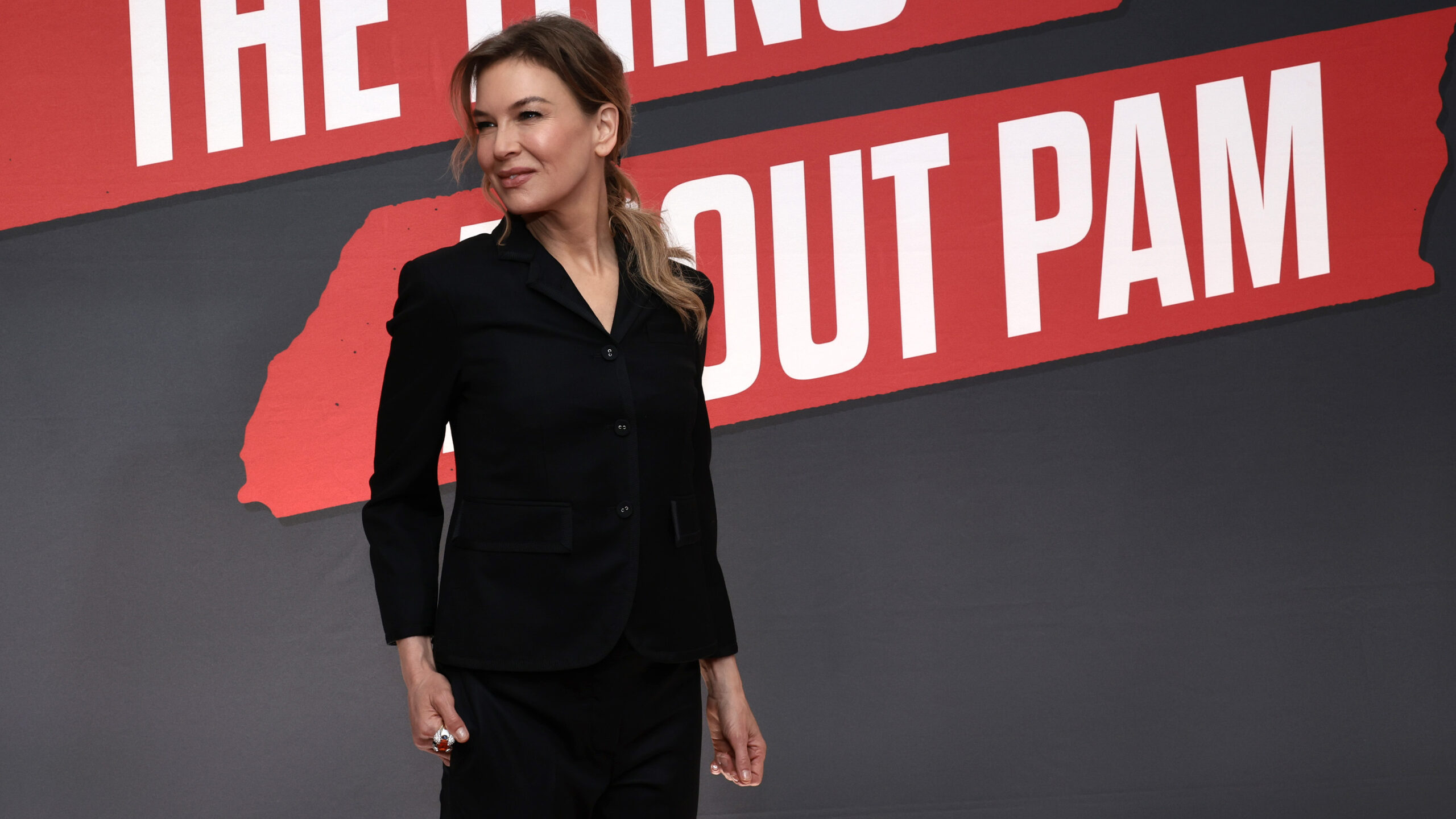 Oscar winning actress Renée Zellweger has been in Hollywood more than 25 years. Of course, she has some amazing stories to tell, but some harrowing ones as well. In a recent interview with Harper’s Bazaar, she revealed she’s had her fair share of uncomfortable moments.

One of those moments involved filming a nude scene in a movie, and her not wanting to do it.

“There have been times I have been in, you know, on set, where a producer’s ready for me to go ahead and take my clothes off. ‘Here, drink this wine, ’cause then you’ll do it.’ And, you know, I’m not gonna take that wine, but I would like a phone. ’Cause I have a phone call I need to make right now.”

Elsewhere in the article, she talks about the attention and criticism she received from “armchair critics” about her weight loss and gain over the years, especially when she lost weight after playing Bridget Jones in Bridget Jones’s Diary.

She’s dealing with it again with her portrayal of Pam Hupp in The Thing About Pam, where she wears a fat suit and prosthetics. Some people have called the portrayal fatphobic.

The criticism highlights the type of treatment that a female actor has to withstand at work. Zellweger famously worked with Harvey Weinstein on both Bridget Jones’s Diary and Chicago, so she found herself in the middle of the controversy when Weinstein went down. When she was asked about their interactions, she said she never took him seriously, according to People.

“… in some ways, I feel: ‘Oh gosh, I allowed for the tiny cuts that just seemed like, ‘Oh, this is just how it’s always been.’ But I was never a victim of it. I always felt that I knew what to do in those circumstances. I didn’t feel… accostable. I never felt that I was being insulted, demeaned. I didn’t recognize it as that. It was jocular — it’s a joke.”

You can see Zellweger as Pam Hupp on NBC and Peacock.