x
Review of: Sundance Review: 'Alice embraces blaxploitation and emancipation in a search for Identity'

Keke Palmer dominates, in this divisive drama on the suppression and evolution of black identity in contemporary America. 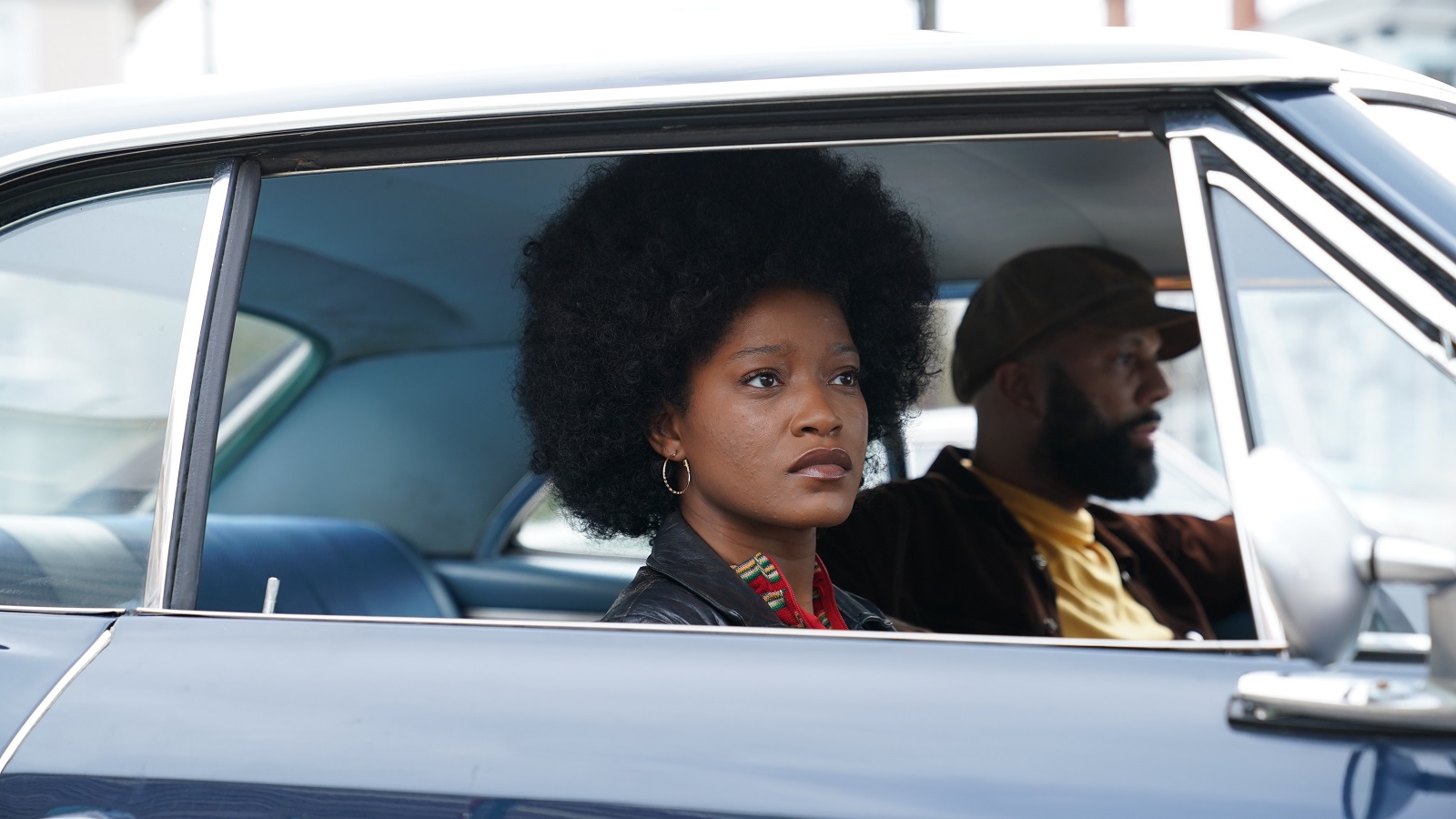 Featuring a powerful performance from Keke Palmer in the title role, Alice is an exercise in narrative subversion, which merges conflicting genres, blindsides expectant audiences and rarely lets up. It features a heady concoction of Southern Gothic slave fable and ’70s grindhouse pastiche, and oozes blaxploitation chic reminiscent of the independent films of that genre. Writer-director Krystin Ver Linden then continues the full-frontal assault, by allowing veteran actor Jonny Lee Miller free rein to craft an antagonist, in the Paul character he portrays, who audiences can genuinely despise.

Forged from a bygone era, this vile and pestilent creation is blinkered by a self-righteous superiority, leaving him incapable of looking beyond skin color. Protected from cultural progress by like-minded people and an isolationist ideology, Paul becomes social commentary personified. Alice and her extended family may have been borne into bondage, raised in servitude and robbed of their right to choose, but it is this man who should be held accountable.

However, if anyone drags Paul into the light, it is the actor within, who grants his creation shades of insecurity and uncertainty, even from a perceived position of power. Scenes between Miller and Palmer are awkwardly impersonal in their intimacy. Humiliations from her perspective are tinged with misguided sentiment, as his advances reach their conclusion in a stifling silence. As a victim of his petty jealousies and frustrated tantrums, these moments are designed to justify what follows. However, by coloring this villain with indeterminate shades, Miller drags Paul from the darkness and simultaneously gives Alice her impetus to change.

Beyond the visual and verbal aesthetic which so succinctly shapes Alice, music editor Michael Alexander deserves mention. His use of tribal instrumentation early on gives events a deeper resonance, as syncopated drums underpin the tangible sense of suffocation. In comparison, outside of these constraints in a culturally diverse America, Motown leads the charge lending everything an air of effortless cool.

In many ways, Alice feels like a film looking to inform as well as entertain, by exploring the evolution of Black identity with unflinching honesty. Historical touchstones woven into the fabric include Martin Luther King, Fred Hampton and Angela Davis. During Alice’s cinematic awakening, these political activists prove instrumental in providing context, especially alongside a select number of emancipation examples. However, key to this whole enterprise remains those fully-realized performances from both Palmer and Common as Frank.

Having broken through into a period-perfect depiction of ’70s America, Alice lives or dies on what comes next. Thankfully, what started as a cloyingly claustrophobic emancipation drama quickly does a 180, aided by the presence of role models like Pam Greer. With Common in fine form and Palmer pulling off psychological culture clash convincingly, those early plantation scenes start to pay dividends. As slave garments are discarded, figure-hugging replacements materialize, and our heroine gets some serious attitude, everything changes.

If there are any weaknesses in Alice, they rear their collective heads at this point in the film, as plot points start to feel formulaic. Having pulled off a slick original idea that convincingly comments on universal truths, Alice comes slightly unstuck when our protagonist seeks her revenge. In retrospect, too many things feel coincidental that might be forgiven by an audience caught up in the moment. Inconsistencies also start to pile up, stripping Alice of its initial power, as retribution and resolution are conjured from thin air.

One of these weaknesses is Frank, who might be engagingly portrayed, yet suffers from a third-act case of nerves seemingly coming out of nowhere. Some audience members may also have issues with the speed at which Alice becomes accustomed to modern living. As she goes from highway to hospital and then back home with Frank, her ability to adapt raises questions. Even though this does inject some much-needed humor, that swift transition from slave to street smart in a matter of ten minutes diminishes the film’s overall impact.

That being said, writer-director Ver Linden shows her devotion to grindhouse in a riveting final reel, as Alice delivers some certifiably slick Foxy Brown payback. Perfectly crimped and packing heat, this emancipation instigator offers up a little homegrown justice, while her world burns. In character terms, no one could accuse Alice of subtlety, but it definitely serves to satisfy when the smoke finally clears.

This is one in a series of reviews from We Got This Covered’s Martin Carr for the 2022 Sundance Film Festival.

Sundance Review: 'Alice embraces blaxploitation and emancipation in a search for Identity'

Keke Palmer dominates, in this divisive drama on the suppression and evolution of black identity in contemporary America.