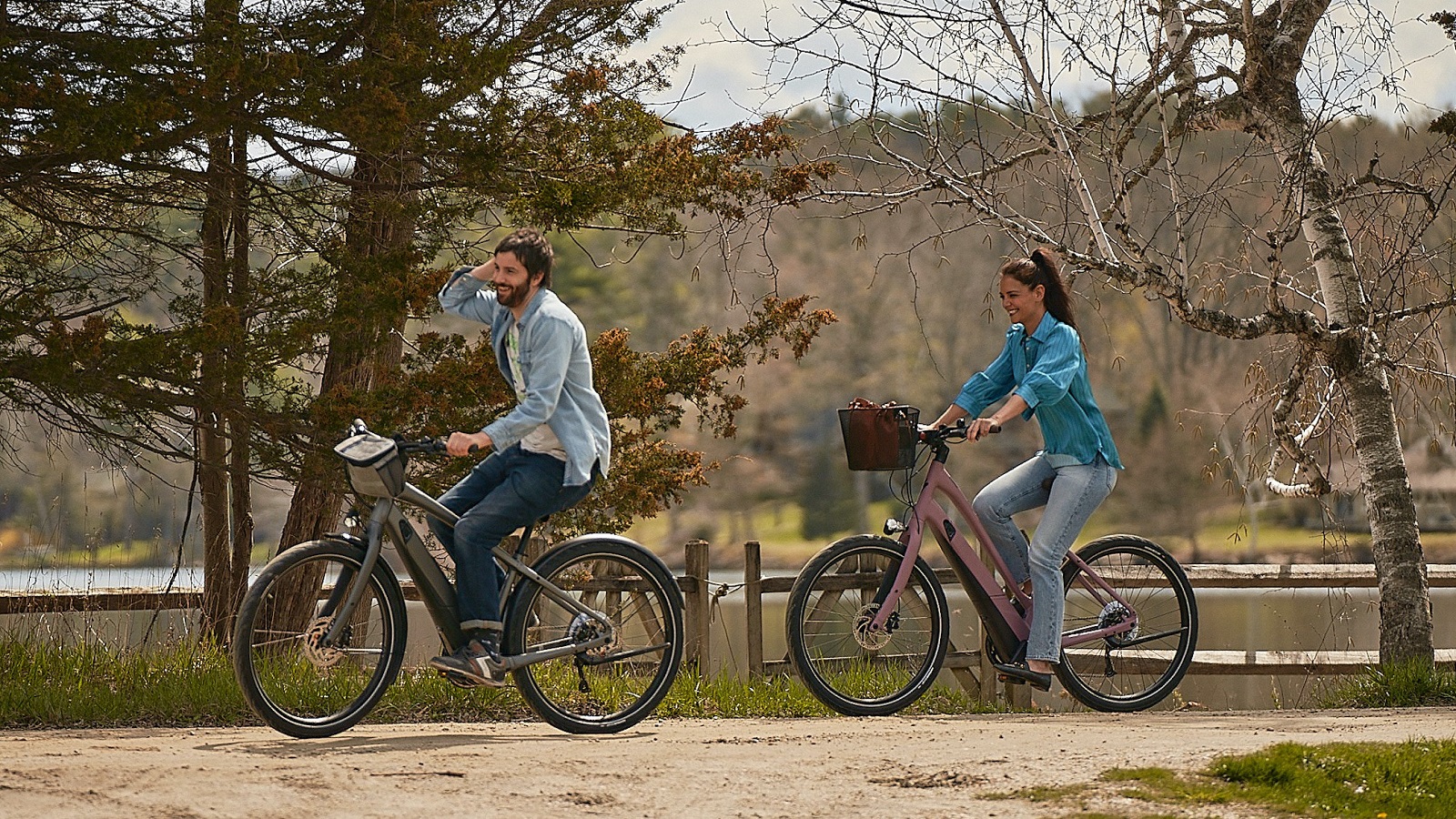 Billed as a lockdown love story, 'Alone Together' is more than the sum of those parts. Offering writer director Katie Holmes a perfect platform to deliver, something intimately personal with political undertones. Substance and subtlety with this subject matter is rare, so give this some attention.

Alone Together, which hits theaters on July 22, is a poignant portrait of personal relationships played out against the backdrop of an escalating pandemic.

Written and directed by Katie Holmes, who displays a keen ear for nuance and character creation on paper, the star’s second feature from behind the camera weaves together a tale of contemporary themes, which is equal parts social commentary piece and relationship drama.

June (Holmes) and John (Derek Luke) are New York natives at a crossroads in their relationship when lockdown occurs. Having booked time away in an Airbnb, June attempts to travel out of state, only for Derek to be delayed for personal reasons. Due to lockdown, she’s forced to get a cab out to their remote bolthole, where she encounters Charlie (Jim Sturgess) already in residence.

With the place double booked and no other choice, he reluctantly allows her to stay for one night, which is where audiences might think Alone Together might drift into stereotype. However, although Holmes does devote some time to their odd couple dynamic, at no point does she oversimplify or manipulate emotions through her creative choices.

Both June and Charlie carry their own baggage into the middle of this odd situation, yet the actors lend each character their own unique chemistry. Not only does that make their emotional connection under extreme circumstances more believable, but it stops the film from being merely a platform to discuss America’s failings during the COVID crisis.

With face masks worn in New York locations, Facetime moments between certain characters, and some March 2020 soundbites around lockdown protocols, Holmes fleshes out her story. In turn, it provides the the odd ancillary benefit of making their situation feel more believable. A connection which starts with words and grows through common interests, yet also manages to mirror the extreme emotions many experienced in reality during that first wave of infection.

This time of revaluation, which led to a lot of people branching off into new personal and professional directions, combines with the emotional elements to create something special, which manages to embrace all the tropes of a traditional rom-com, but still deliver enough dramatic heft to satisfy those in search of substance. It’s a fine line, but one which Holmes successfully navigates with care and consideration throughout the running time.

However, beyond the central relationship, things feel less cohesive. John may start out as a central figure, but his absence naturally pushes him towards the periphery, reducing Luke down to a supporting player. He may have some poignant moments involving reconciliation, but these feel like filler rather than being emotionally organic, a fact which ultimately waters down any impact he has as the film progresses.

Elsewhere, the relationship between Charlie and June is given real depth as circumstances bring these two people closer together. There are lingering shots of interlinking fingers amid classically framed moments of intimacy, which both actors sell effortlessly. Not only that, but there are moments of genuine humor, which keeps things from becoming too self-indulgent or lightweight.

There are confrontations in the latter stages, which signpost where everything will eventually end up, but for some reason that never really matters. Exterior shots of New York natives connecting during lockdown are combined with more personal moments in the lives of the characters, giving Alone Together the feel of a Woody Allen flick at certain points, minus his own obsessions and digressions.

Unfortunately, Alone Together drops the ball at a crucial point, as it attempts to tie things up in a neat narrative bow. An approach which would be fine in theory, if audiences had more than one scene to connect the dots. Meaning that as June is experiencing her epiphany and we venture into real rom-com territory, there is a chance some of the magic of that moment will get lost.

To say anymore would be to ruin it for people going in, but thankfully this is a minor hiccup which can be forgiven. It may throw a temporary tonal spanner in the works, but overall, Alone Together really benefits from using traditional storytelling to address wider world concerns. Not only confirming Katie Holmes as a writer director of promise, but giving audiences a post-pandemic drama with poignancy, passion and political pertinence.

Review: 'Alone Together' is poignant post-pandemic drama with real heart

Billed as a lockdown love story, 'Alone Together' is more than the sum of those parts. Offering writer director Katie Holmes a perfect platform to deliver, something intimately personal with political undertones. Substance and subtlety with this subject matter is rare, so give this some attention.