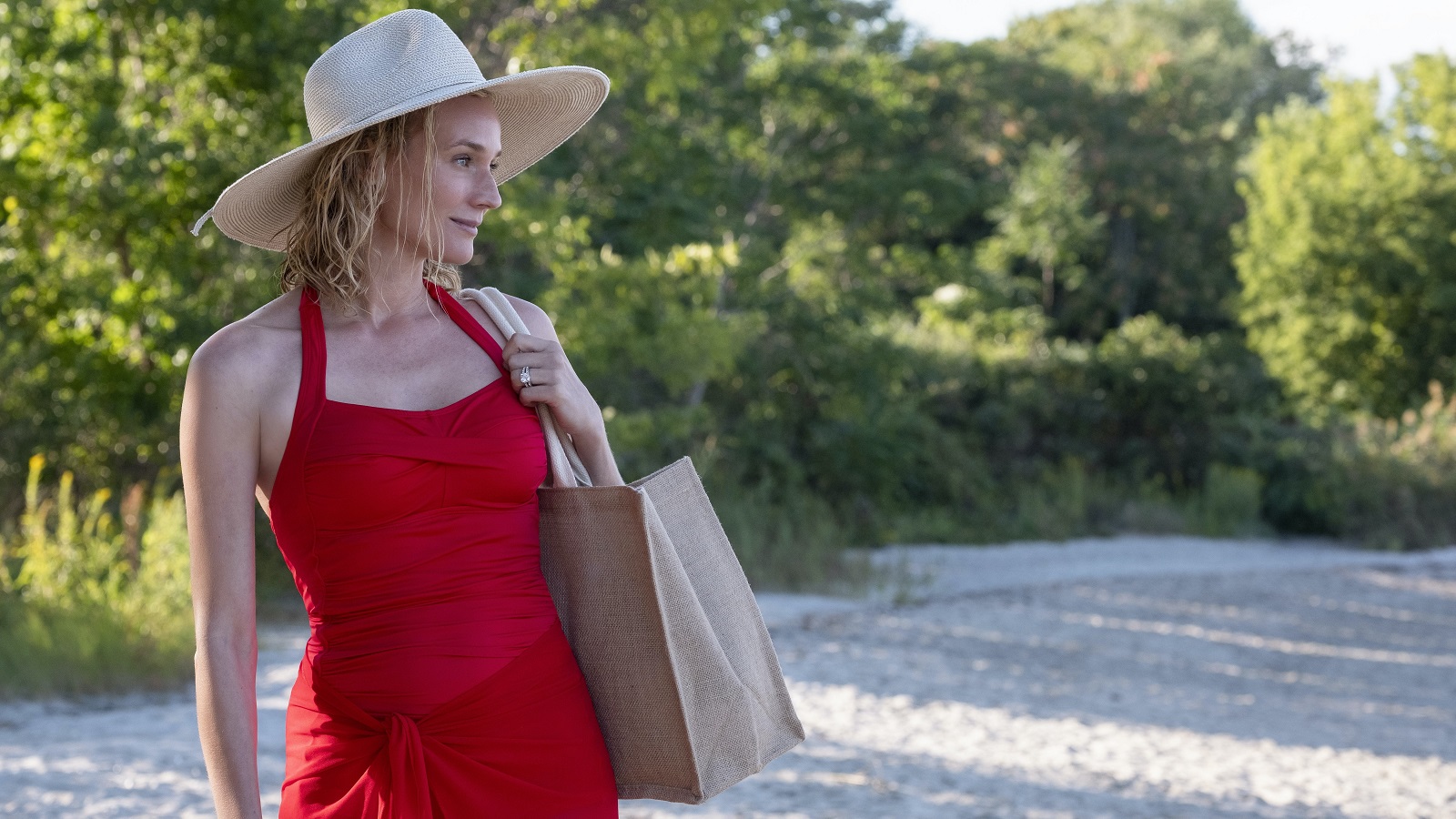 Image via Quiver Distribution
Review of:

There is something undeniably romantic about film noir that that makes Neil LaBute’s Out Of The Blue one of his most alluring cinematic concoctions to date.

Fatally flawed antiheroes, lascivious femme fatales, and a grotesque gallery of villainous hoods await those willing to embrace this genre. The film has plenty in the way of sexually charged encounters, forbidden affairs, and more adulterous shenanigans than audiences can handle. Those are the ground rules, those are the perimeters and that is what LaBute, Diane Kruger, and Ray Nicholson bring in spades to Out Of The Blue.

As a writer-director, LaBute comes with a reputation for delving into the darkness of human behavior by exposing those areas people never talk about at parties. His approach is uncompromising, his dialogue incisive and razor-sharp, living no room for error. As a playwright and filmmaker, he glories in depicting the human animal as perpetually flawed.

His characters, as portrayed in Our Friends and Neighbors, for example, are self-absorbed to the point of narcissism. That is what audiences have come to expect from this man of letters with an ear for capturing weakness beneath the façade of flawless posturing.

That is why Out Of The Blue marks a departure for LaBute, who looks to embrace recognized genre tropes in this low-key film noir, through a nostalgia-soaked soundtrack, as well as black and white inserts which serve as an homage to the story structure which unfolds.

Audiences are first introduced to Connor (Ray Nicholson) bare-chested and running through woodland, before moments later Marilyn (Diane Kruger) emerges from the sea tousled and tempting. There are shades of his father Jack in the laid-back demeanor, which came through most strongly in his early works such as Five Easy Pieces, but beyond that comparisons are redundant. Nicholson has an easy screen presence and charismatic aura all his own, which perfectly complements Diane Kruger throughout.

As Connor and Marilyn respectively, their exchanges are laced with a sexually charged undercurrent in keeping with the genre. From that initial encounter, through to a stylistically charged sexual tryst in the town library, Out Of The Blue remains engaging. LaBute introduces rich husbands ripe for victimization and execution while a scene-stealing Hank Azaria makes a splash as Connor’s parole officer Jock.

Sex scenes are copious but tasteful and never feel gratuitous. As you would expect from a LaBute film, there is a certain amount of theatrical artifice which creeps in. Conversations remain relatively static, while many of the important character moments occur in those pregnant pauses between the dialogue.

In many ways, Out Of The Blue thrives on self-awareness, since there is clearly a lot of love for this genre coming through in the writing. There is an elegance and simplicity to this movie which recalls a golden age of cinema, where character-driven thrillers directed by Michael Curtiz or John Huston thrived on clear-cut gender roles.

In contemporary society, there is such a fluid concept to identity, that Out Of The Blue almost feels refreshing in its use of outdated definitions. Kruger excels in depicting a genuine manipulator, whether that means opposite Connor or with her daughter Astrid (Chase Sui Wonders). Marilyn is so used to employing her beauty and guile for nefarious purposes, that audiences will find it hard to remain empathic.

Connor is drawn so readily into her web of sexual deceit, that he is doomed to forego any control as events escalate. Having returned to his hometown of Twin Oaks under a cloud of rumor and gossip, Connor is isolated from those around him until he finds Marilyn. In many ways, this feels like a love letter from LaBute to old Hollywood, where his formative years may well have been shaped by these old black and white archetypes.

Men are forever destined to fall for the wrong woman, heading face first into the flames while a cold-hearted femme fatale frames them for arson. Maybe that is where LaBute’s fascination with human weakness started – in the dark watching re-runs of old Bogart movies. Letting the silver screen magic of a bygone era soak into his subconscious. Whatever the reasons, there is no denying that for an hour and 40 minutes, the writer and director displays a true mastery of his craft.