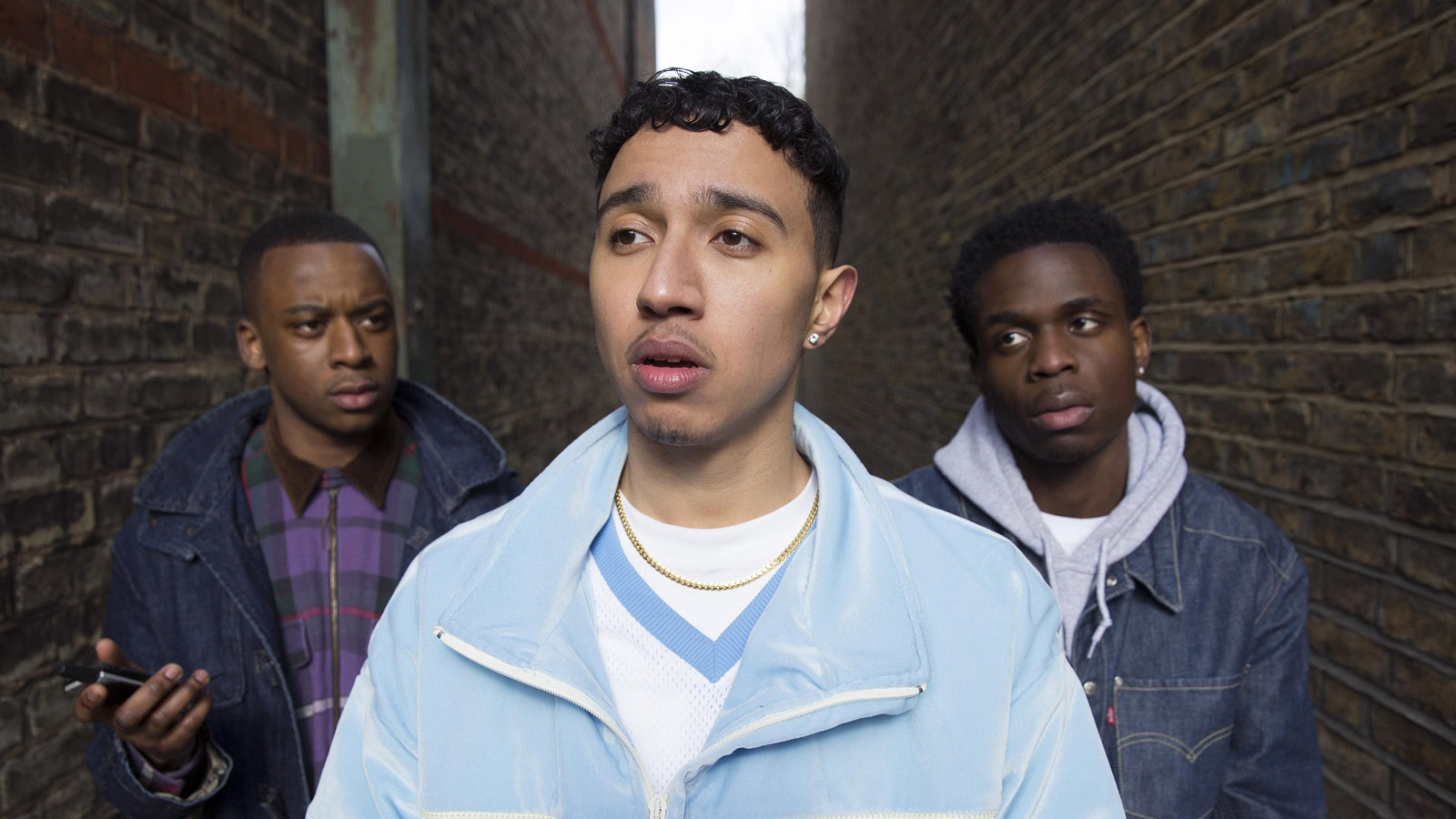 Pirates marks Reggie Yates as a writer-director of promise.

Pirates is an hour and twenty minutes of glorious nostalgia for a bygone era, which contains no smartphones or social media influencers. It celebrates music, friendship, and the unrivaled jubilation of youth seen through the eyes of three friends in North London on the cusp of the new millennium. Driven by a bass-heavy contemporary garage soundtrack, Elliot Edusah, Jordan Peters and Reda Elazouar personify that teenage exuberance.

Written and directed by British film actor and television presenter Reggie Yates, who is best known for his various documentaries on the BBC, this concise semi-autobiographical experience is engaging. As Cappo (Edusah), Two Tonne (Peters) and Kidda (Elazour) respectively, audiences follow our eponymous leads into the depths of a 1990s subculture that feels fresh and exciting. Era-specific touchstones include old cell phone technology, Tamagotchis, and a refreshing lack of modern convenience.

Their conversations are defined by a unique use of MLE (Multicultural London English), giving these characters a crucial specificity. That authenticity is part of the charm of watching Pirates, as these three characters interact with each other and their wider community, in a way that teenagers today might consider old-fashioned.

What also becomes apparent is how skilled this writer-director is behind the camera. There is a self-assurance to his direction that allows these actors to really inhabit this time and place. The dialogue feels improvised, slang flows without sounding forced, and the narrative feels organic. Comedic moments are also synced well with the rest of the piece, while of the three main actors Elazouar stands out effortlessly.

Just as John Boyega was the shining star of the ensemble in Joe Wright’s Attack the Block, so is Elazouar in this film. That is not to say his partners in crime are devoid of merit, but if Pirates makes a star from anyone it is likely to be him. He displays a lightness with the material, but can also deliver a more serious subtlety. From amongst the plethora of charismatic supporting players, there are also some standouts like Shiloh Coke’s Princess.

In a scene that revolves around food and the specific pronunciation of one word, Coke really hits a home run stealing it out from under the young leads. Through a combination of facial expressions and split-second timing, this simple exchange morphs swiftly into a showcase for the young actress. As one of many stops on their way to that final celebration, this exchange stands out specifically for her contribution.

Elsewhere, Yates leans into some of what you’ve seen before, as slighted girlfriends, old flames, and compounded circumstantial farce escalates events for the sake of narrative momentum. Things go missing or get forgotten, people disappear or just branch off completely. Meanwhile, our main trio has expected fights, before experiencing epiphanies and coming back together to reconcile, none of which is hugely surprising. Yet under the guidance of this writer-director, the use of these conventions still feels earnest.

In many ways, Pirates feels like a love letter to north London circa 1999. As that love and sense of possibility radiate off the screen and audiences are drawn into the night out, it ceases to be about that final destination. Instead, the movie celebrates a unique moment in history.

In a world where everything is hyperconnected, Pirates looks to revel in a simpler time when neighborhoods were worlds unto themselves. This reveling is something it achieves with flair and room to spare, as a fully-fledged writer-director steps up to make his mark.

Pirates marks Reggie Yates as a writer-director of promise.