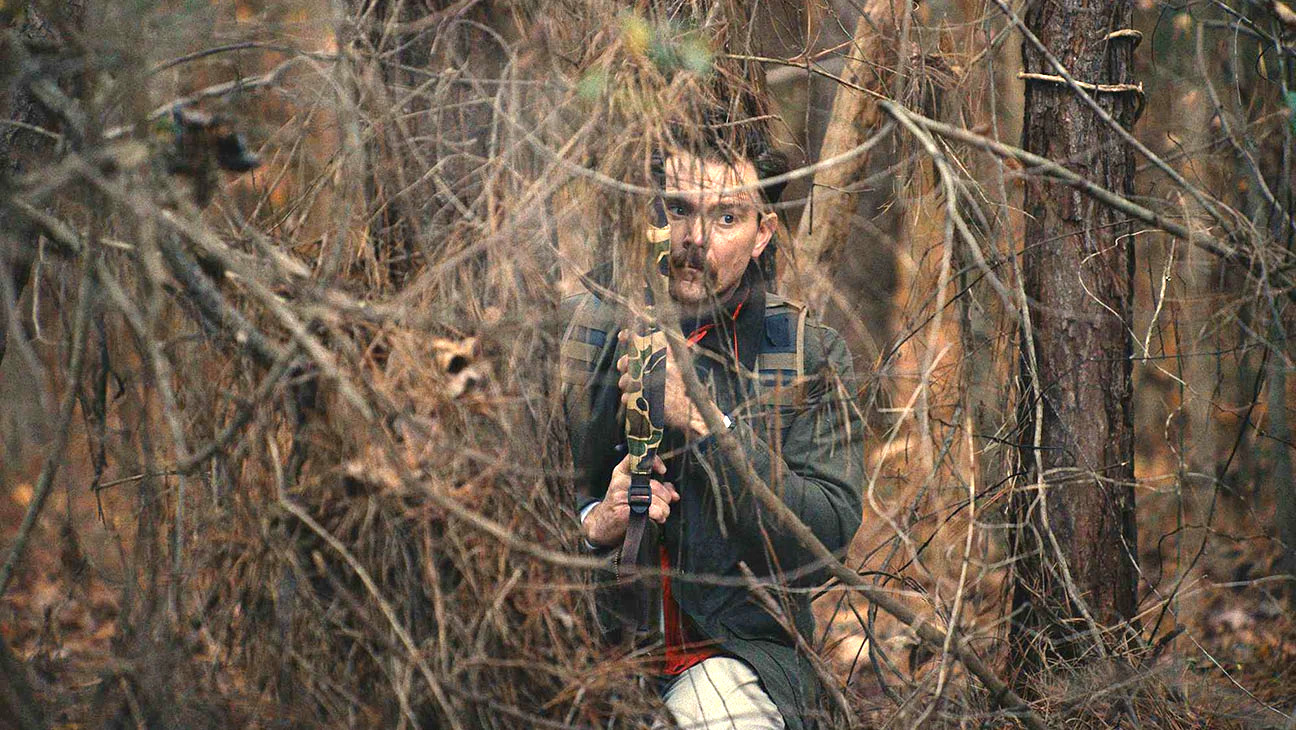 via VisitFilm
Review of: Review: 'The Integrity of Joseph Chambers' is a staggering study of fractured masculinity

Writer and director Robert Machoian first came to prominence with emotionally fraught indie breakout The Killing Of Two Lovers, a small-scale relationship drama which stripped away any artifice to reveal the raw impact of two people in turmoil. Released in 2020 when the world was experiencing its own isolation due to a global pandemic, the atmospheric chamber piece proved a formidable debut from an uncompromising talent.

Two years on, and Machoian is back with The Integrity of Joseph Chambers, a slow-burn character study featuring Clayne Crawford as Joe, an insurance salesman who decides to go native with guns and ammo to establish himself in a small community. A community which also happens to be the hometown of his wife Tess (Jordana Brewster).

Crawford carries all the raw charisma over from his first collaboration with Machoian into a role which sees him occupy every second of screen time. From the opening scenes, which define their relationship through pregnant pauses and economical exposition, through to an early morning exodus which sees Joe hit the road, Machoian’s sophomore effort is as equally intense as his debut.

From the outset, the film carries a similar voyeuristic tone to Two Lovers, as audiences hang back behind his truck as it weaves up through claustrophobic tree lines. Sound designer and music editor Peter Albrechtsen adds to that unease by employing disjointed orchestral excerpts which are overlaid to add tension, a technique which adds an emotional resonance to the haunting locations, as Joe attempts to find himself.

In his follow-up, Machoian carries on his fascination with tortured souls who exist in a world of perpetual crisis, one in which they feel isolated from family and friends due to constraints of their own making. With Joe, it comes down to feeling emasculated due to his white-collar credentials, from a community defined by genuine hunter gatherers.

Crawford captures all that insecurity and conflict through a blistering performance which carries the film effortlessly. For almost the entire running time, he is on screen alone, trekking through endless acres of eerie woodland with only the wildlife for company. With shades of both Walter Hill’s Southern Comfort and Joel Schumacher’s Falling Down, Machoian has created something unique in his second feature-length foray.

Taking a tonal approach more in keeping with The Witch by Robert Eggers, The Integrity of Joseph Chambers is riveting stuff that revels in silences. Much of the pleasure to be gleaned comes in watching a man unravel, as fantasy and reality start to bleed into each other. Alone with his thoughts (which lean towards more masculine pursuits), Machioan has fun turning Joe into an indie-style Walter Mitty figure, happy to exist in a bubble of his own creation. With the echoes of an imaginary crowd ringing in his ears, Joe is captured onscreen celebrating victories which will forever be imaginary.

From an allegorical perspective, the film might be saying something about the role of gender in contemporary society, as traditional ideas begin to seem old fashioned, or even obsolete. In a large majority of the world gender roles are beginning to meld, as attraction becomes an increasingly abstract notion, one which some people will welcome and adapt to accordingly, while others react in a more primal way by returning to nature.

Other interpretations which are immediately obvious hark back to America’s attitude to artillery, which gives each citizen the right to carry firearms. A country-wide mentality which sees some react with due diligence, while others embrace dangerous levels of entitlement. Given the premise, it would be misguided not even consider this hot potato topic as figuring somewhere in the mix for Machoian.

Beyond that, The Integrity of Joseph Chambers also explores how fragile men are in society, if only in their desire to conform, visually bearing witness to a man who experiences every type of human emotion on his way to a shattering epiphany. In many ways, this return to nature for Joe leaves him with nowhere to hide, allowing a level of emotional catharsis unobtainable in everyday life, meaning that he walks out of those woods a changed man, with only his integrity to keep him warm. A realization which not only hits hard for audience and actor alike, but confirms Machoian as someone worth watching.

Review: 'The Integrity of Joseph Chambers' is a staggering study of fractured masculinity