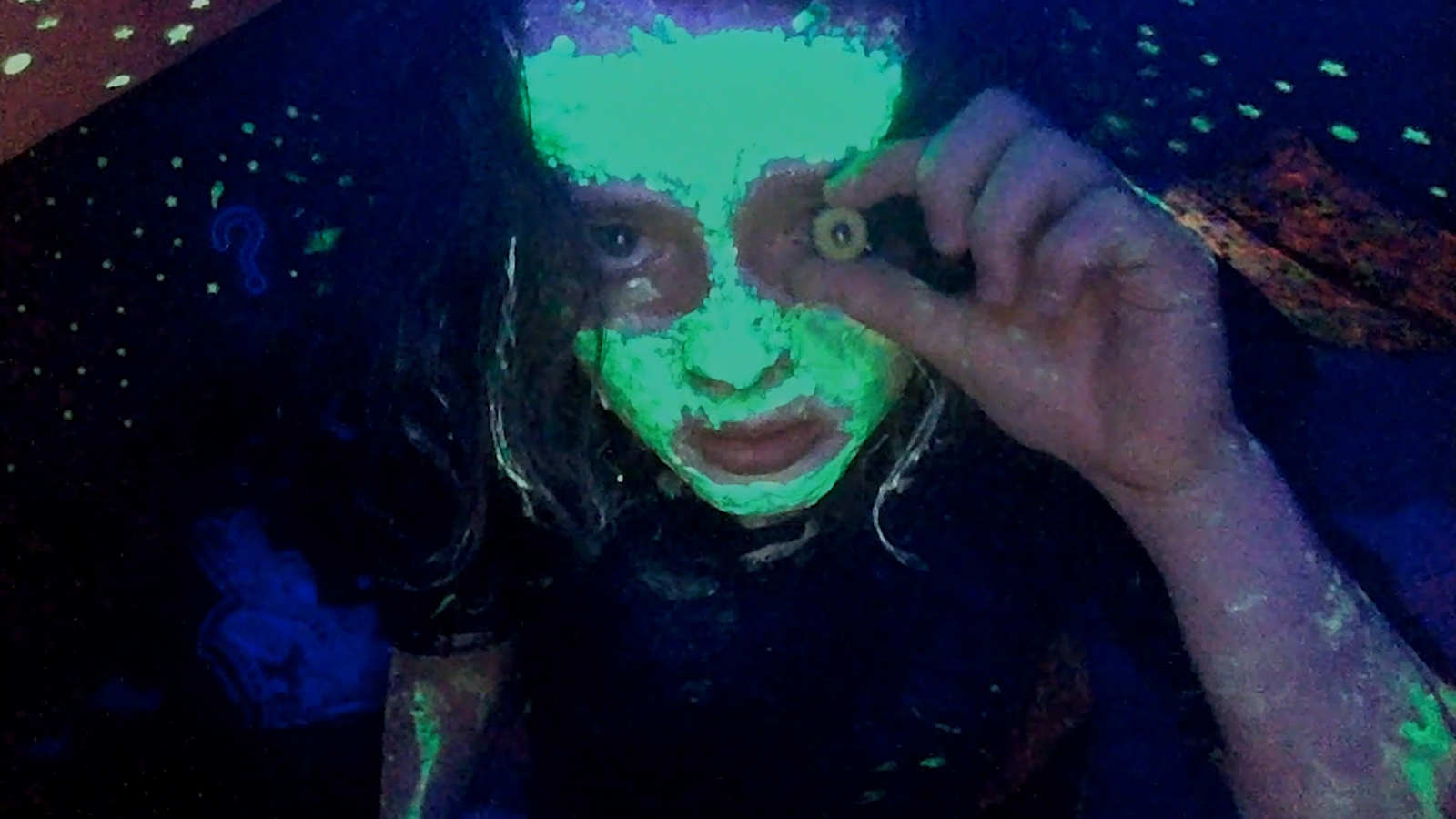 Image via Dweck Productions
Review of:

There are many moments in Jane Schoenbrun’s We’re All Going to The World’s Fair that distill teenage isolation and dissociation perfectly. There is a scene where protagonist Casey (Anna Cobb) is recording a vlog in the snowy woods outside her home. She’s recently taken the titular “World’s Fair Challenge” and is sharing her symptoms with us, comparing them to her past experiences with sleepwalking and nightmares. “It was like watching myself on a TV all the way across the room,” she says. “I’ve been feeling that way recently since I watched that video.” Sharing this description of dissociation for an internet audience is clearly Casey’s way of reaching out that anyone who grew up lonely and chronically online can understand.

Casey is a lonely teenager in a nondescript town where we don’t meet her friends or parents (aside from her dad, who is only heard yelling at her to keep it down late at night). Out of love for horror movies, she decides to participate in “The World’s Fair Challenge.” For anyone who spent their adolescence huddled up close to their computer screen late at night, reading creepypastas and navigating their way through the detritus of the internet, The World’s Fair will feel familiar. From the beginning, as we watch Casey talk to the camera and take the challenge (saying “I want to go to the world’s fair” three times, then pricking her finger and smearing blood on her laptop screen, then watching a flashing video of colors), there are echoes of all the creepy things you can find online if you’re looking for them. There are even points in the movie where we seemingly cut to a character’s laptop screen, watching the variety of videos that come up on autoplay. It can feel a bit slow but also an accurate depiction of what a late-night online can turn into.

At the heart of this exploration of online loneliness and painful adolescence, the movie also raises questions about forging identities online and the slippage between reality and construction. Casey soon grabs the attention of JLB (Michael J Rogers), an adult who keeps up with the “World’s Fair” Challenge and advises Casey as she ventures further down the game’s path. At first, we think we know where this relationship is going — it all reeks of horror stories we’ve heard or experienced about adults grooming teenagers over the internet. It’s creepy, but the idea we have of JLB gets complicated as we’re shown snippets of his life — suburban, lonely, dull. Does he mean harm? We don’t really know. It’s a dynamic that shifts as the movie goes on. We also don’t know how much either of them believes in the challenge until JLB checks in with Casey after her vlogs become increasingly intense. Where is the line between reality and fantasy in an area as slippery and intangible as the internet?

World’s Fair doesn’t offer any easy answers; instead, it dives headfirst into ambiguity while taking its time showing you everything it wants to. The slow pace and uncertain conclusions might be frustrating for others, but the gray space it operates in worked for me. Add in a stunning performance from Cobb in her debut role, echoing the likes of Sheryl Lee as Laura Palmer, and you have a movie that’s bound to keep you mesmerized and horrified in equal measure. The magic here is Shoenbrun’s choice to sit with and face the slippery nature of identity and bring us all along for the ride. If you let it, We’re All Going to The World’s Fair will make you feel like you’re melting into the movie, losing yourself in Casey’s story like it’s 3am in front of your laptop screen, searching for meaning in every pixel.