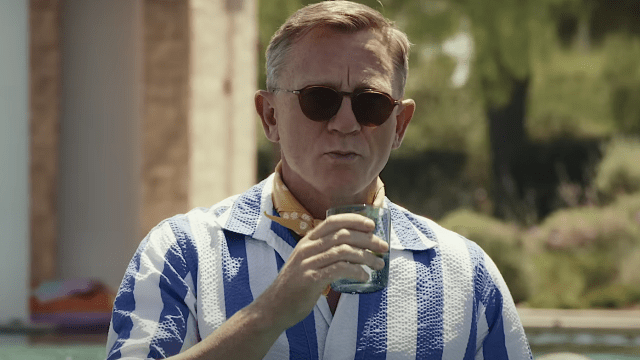 With Knives Out: A Glass Onion Mystery set to begin its week-long theatrical run tomorrow, those of us who found ourselves enraptured by Rian Johnson‘s original Benoit Blanc mystery are frothing at the mouth to see the charismatic gumshoe back in action with a whole new cast of suspects.

Needless to say, we’re in for a very different ride from Knives Out, and Johnson hasn’t been shy about his intentions to keep flipping the whodunit formula in brand new ways with every passing film, which sounds like an infinitely daunting task. But, as Johnson begins to look ahead to the third film in the Knives Out franchise, it’s a challenge he accepts with jubilant gusto.

In an interview with The Playlist, Johnson divulged just how eager he is about hashing out the what and the why for the follow-up to Glass Onion.

I thought that it would be healthy to do something else completely different first, but I’ll be honest with you, coming off of this, the thing that’s most creatively exciting to me right now is figuring out what this third movie can be. To me, it’s genuinely thrilling.

He would go on to reveal that a big part of such a goal, as he’s alluded to in the past, is figuring out how he can twist the film in a way that he hasn’t done in previous entries.

Right now it’s leading me towards us jumping into the third one and figuring out how it can be totally different, both from Knives Out and Glass Onion. How it can show the audience what the wingspan of these can be and truly surprise them a third time. That’s a pretty fun challenge.

Glass Onion will begin its week-long theatrical run on Nov. 23, before landing on its permanent home of Netflix exactly one month later.