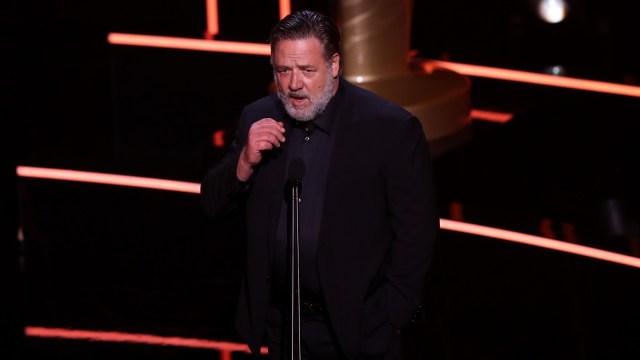 Russell Crowe‘s next film role will be a crime-thriller in which he plays a detective with Alzheimer’s, called Sleeping Dogs.

Based on the critically-hailed novel, The Book of Mirrors by E.O. Chirovici, Sleeping Dogs will represent the first film directed by Adam Cooper. Cooper co-penned the film alongside Bill Collage, with the duo previously writing the scripts for Assassins Creed and Exodus: Gods and Kings, as Variety reports.

The Nickel City Pictures film centers around Crowe’s Roy Freeman, a former homicide detective who is brought back into the gumshoe lifestyle when one of the people he helped put away — now on death row — claims to be innocent. As the Variety article explained in its synopsis,

“Intrigued and fighting to regain his memory, Freeman enlists his former partner to help him revive the case and discover the truth. Together, they set off to unravel a tangled web of secrets, forcing Freeman to make some horrific discoveries.”

In the film, Crowe’s character not only has to deal with the possible repercussions of a man whom he arrested a decade prior, but all while “undergoing a cutting-edge Alzheimer’s treatment.”

Crowe won an Academy Award for his portrayal of a sword-and-sandal hero in Gladiator and was also twice nominated for the coveted gold statue for his performances in the films The Insider and A Beautiful Mind.

Nowadays, Crowe has been involved in an eclectic array of projects that continue to showcase his range as an actor. Case in point, his comedic and scene-stealing portrayal of Zeus in the Marvel film Thor: Love and Thunder this summer and a foreboding performance as a road-rageaholic antagonist in the 2020 thriller Unhinged.

Sleeping Dogs is expected to go into production in Jan. 2023.