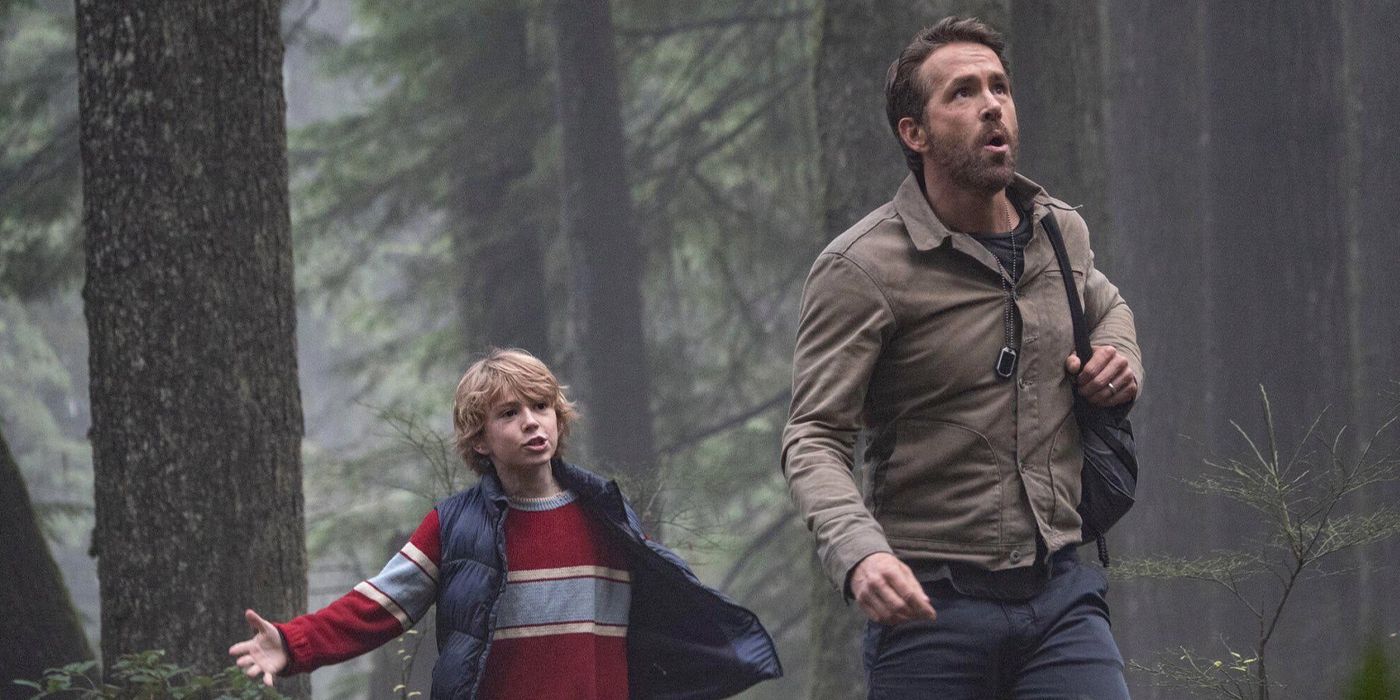 Netflix is soon set to launch The Adam Project, Shawn Levy’s latest adventure film starring Ryan Reynolds, Zoe Saldana, Walker Scobell, Jennifer Garner, and more. Thanks to Vanity Fair, we have a sneak peek of the film and some of the story behind what’s going on in its time-warping story.

The Adam Project is a story about Adam, played by Ryan Reynolds, who heads back in time from 2050 to find his love interest Laura, Zoe Saldana’s character. Unfortunately, Laura was lost in the time-space continuum, and her whereabouts are unknown. During his search, Adam’s ship gets damaged, resulting in him being sent back to his childhood home in 2022.

Speaking to Vanity Fair, Reynolds shared that his own dealings with his father influenced this part of the script.

“I have this thought about life, which is that we tell ourselves stories,” Reynolds says. “So you have this central character who has told himself a story about his own father that isn’t necessarily true. I know that I’ve done that in my life. I’ve told myself stories to justify things about my father and my complicated relationship I had with him before he passed. Reconciling that is really difficult.”

“There’s the notion of confronting your younger self, who might just see things more authentically than you have come to narrate for yourself,” Levy adds. “The kid has real power because the kid’s the only one who can call B.S. on this grown man who has wrapped himself up in his ideas about his own history. The kid’s the one who’s living that history in real time and can say, ‘No, no, you got it wrong. I know because I’m in it.’”

During the film, the pair head back further in time, attempting to solve the mystery around their father’s death. Eventually, the pair see their father, a scientist partly responsible for leapfrogging through time. While he wasn’t around to see this come to fruition, nor his son grown, he now gets a chance to take a look at both.

The Adam Project will be available to stream on Netflix on March 11, 2022.