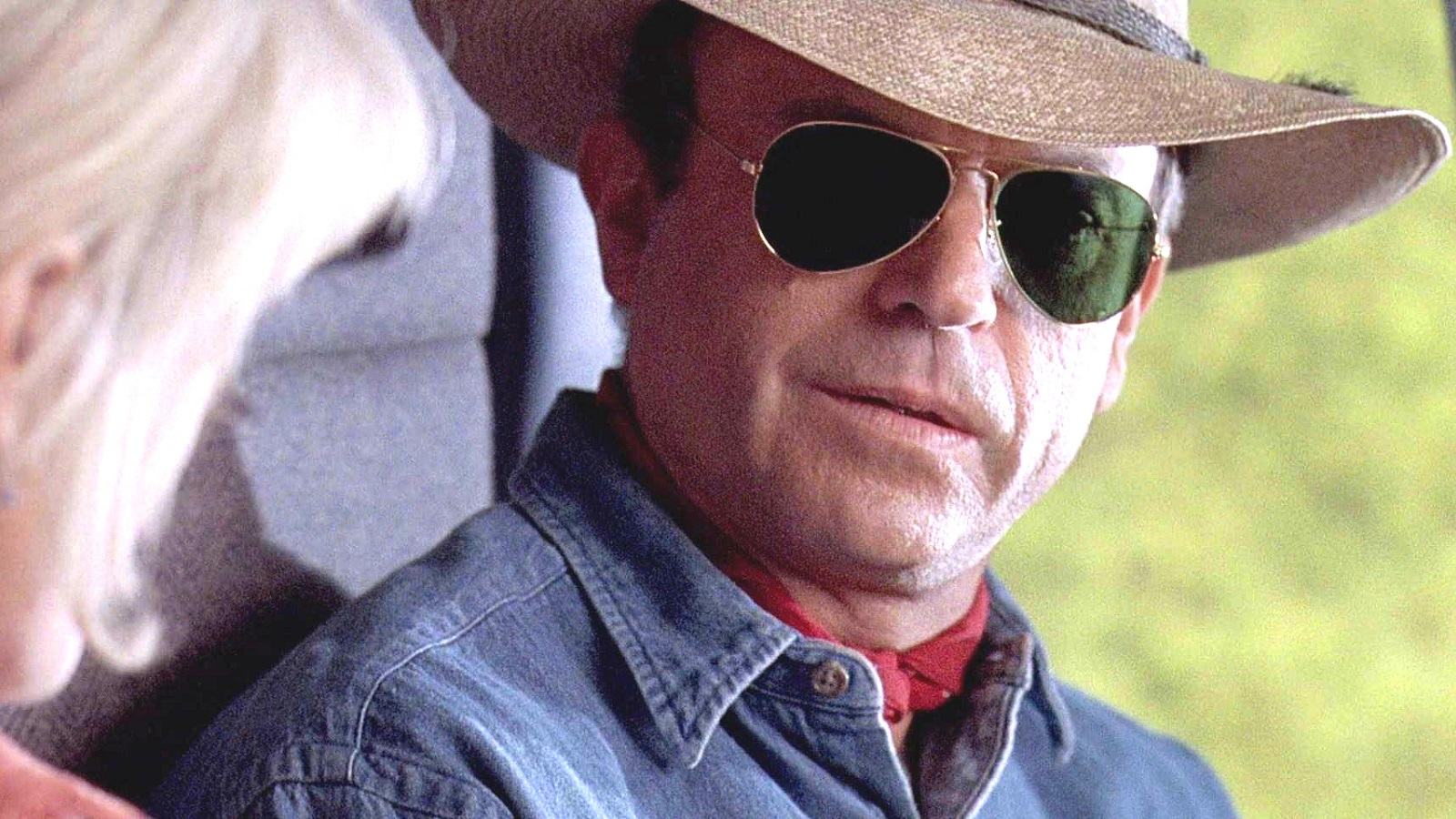 Some dedicated fans can regularly read a little too far between the lines when dissecting and analyzing their favorite movies or franchises, although they often make a great deal of sense. Unfortunately, one widespread and hugely popular Jurassic Park theory has been shut down, and by no less of an authority than Sam Neill.

You may have heard this one before, but as it goes, Alan Grant’s inability to fasten his seat belt during the helicopter ride into Isla Nublar has been interpreted as a significant piece of foreshadowing. Using two opposed fastenings to secure himself in place va an Ellie Sattler assist allegedly nods towards life finding away, with particular regards to the dinosaurs being able to reproduce despite the absence of a male.

During an interview with Gizmodo, the veteran actor was confronted with the internet’s findings, but he wasn’t having any of it.

“I don’t think it had any great metaphorical sense. No, I don’t think it was meant that way. It was just about Alan Grant hates technology. He hates computers. He hates anything to do with the modern world and the seat belt, which you’d think it’d be relatively straightforward. But I’ve been on helicopters going, ‘Where the hell is the other bit of this?’.

That’s interesting. This is the sort of thing that happens on the internet. “There’s two female parts.” That’s hilarious. But also I never quite understood that this is the female end and that’s the male end, you know? It’s sort of a plumbing thing, isn’t it? Why do pipes and things have to be given sexes?”

Neill isn’t buying it, then, but he does at least admire the initiative taken by the online community to see things that either he never even considered, or weren’t intended to be conveyed in Jurassic Park.