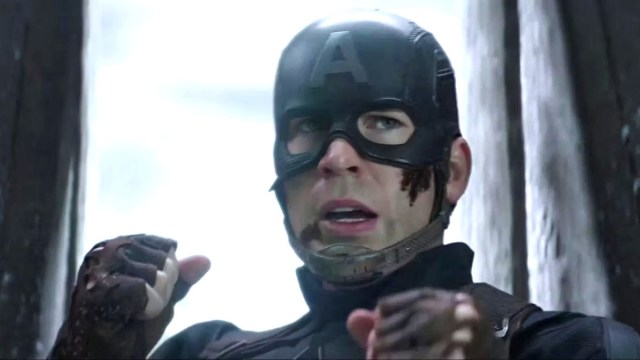 The Marvel Cinematic Universe has been known to drop a double entendre or two during a 14-year existence as the biggest and most bankable franchise on the planet, but the all-conquering monolith has hardly taken a full-blown detour into Austin Powers-level innuendo.

However, we have the internet to take this unique matter into its own hands, with MCU supporters on Reddit entertaining themselves by listing the best soundbites from the shared superhero saga that would also work as pillow talk. Is it big? No. Is it clever? No. Is it childish? Definitely. But, most important of all, is it funny? You betcha.

To the surprise of absolutely nobody, Captain America’s famous “I can do this all day” line has emerged as the obvious front-runner, even though that might be promising something those without a super solider serum coursing through their veins would be unable to deliver.

War Machine’s “okay, tiny dude is big now” aims for the lowest common denominator and absolutely knocks it out of the park, while Thanos’ ominous “you should have gone for the head” becomes a lot less threatening and altogether more worrying when applied to this particular context.

Sure, some Morbius enthusiasts have submitted “It’s Morbin’ Time” in the name of posterity, but for those who are taking a not-at-all serious discussion a little too seriously, there are some real gems being thrown around in the comments. Just make sure you don’t take them to heart and try to sneak them into your own love life, because some of them won’t fly too well.