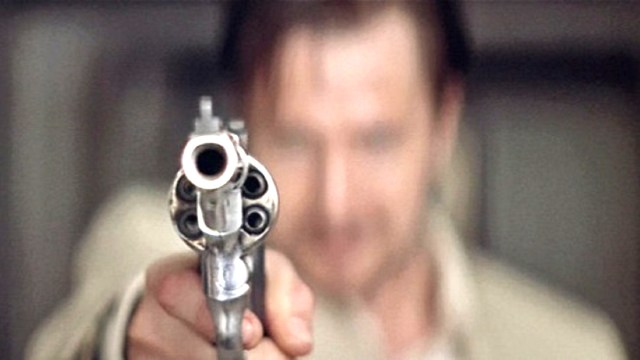 There’s a very line between scenery-chewing and outright hammy, and it’s one Gary Oldman has straddled with glorious aplomb countless times over his long and illustrious career. The Academy Award-winning actor has played many fantastic villains during his decades in the spotlight, but few (if any) have proven more memorable than Léon: The Professional‘s antagonist Norman Stansfield.

Incredibly over-the-top without winking towards the camera, the drug-fueled DEA agent presents the ideal foil for Jean Reno’s stoic title hero. While the latter is the understated silent type, his arch-nemesis is a whirlwind of bug-eyed mania and staunch refusal to use anything approaching an inside voice, and it’s goddamned wonderful.

It’s been almost 30 years since Oldman demanded that he was brought “EEEEEVERYOOOOOOONE”, and yet fans still can’t get enough. Lauded as one of the best high-octane genre flicks of the 1990s, Luc Besson’s classic also holds the distinction of possessing one of cinema’s all-time great antagonists, and the outpouring of adulation is entirely deserved in this instance.

Oldman could have easily found himself typecast in the wake of Leon‘s critical acclaim and international success, but he isn’t regarded as one of his generation’s finest talents for no reason. Of course, we’ve seen the British thespian pitch his performances beyond the stratosphere plenty of times in the years since, most notably with Besson again in The Fifth Element, but he’s arguably never done it better than he did with Stansfield, which is a hell of a compliment when you consider his filmography.