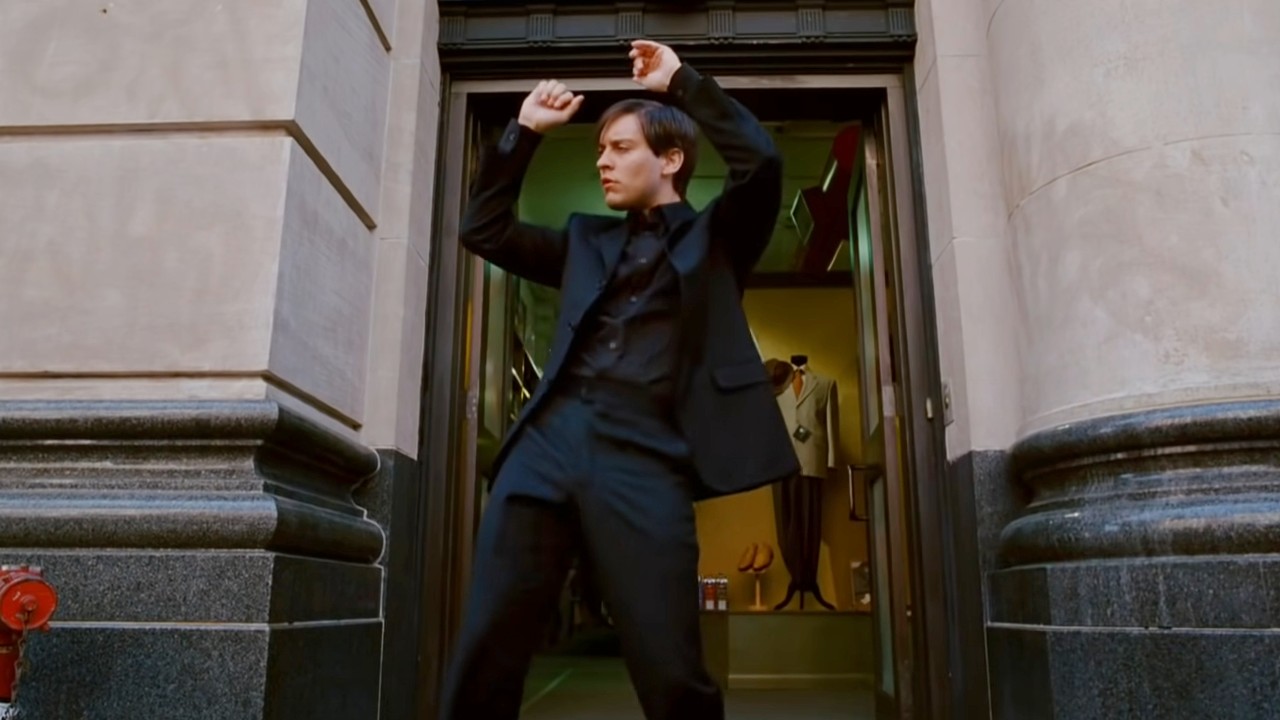 A young schoolboy is going viral on Twitter for flawlessly recreating the infamous dance that Tobey Maguire does in 2007’s box office hit Spider-Man 3.

The oldest version of the post we could find was from the Twitter user @FredSchultz35, who captioned the video, “He’s going places.”

The video had since been posted to other Twitter accounts, such as @MCU_Portal and @MarvelMultive, where it enjoyed further viral success.

The kid definitely has some skills, bringing much joy to Spider-Man fans everywhere.

“[Y]’all have no idea how much happiness it brought me,” one fan who re-uploaded the video wrote.

As one fan pointed out, the child’s parents must’ve been playing the Sam Raimi threequel on a loop since he came home from the delivery room.

The inexplicable appearance of Mario on the dance floor, in addition to Peter Parker’s most noted choreography, also caught some fans’ attention.

In case you’re not already familiar, the scene in question from Spider-Man 3 occurs after Maguire’s Peter Parker gets infected by an alien symbiote — the same black gooey creature who later becomes Venom once attached to Topher Grace’s Eddie Brock.

While Peter is host to the symbiote, it makes his normally blue-and-red costume turn black, grants him enhanced powers such as increased strength, but also changes his personality for the worse. When not donning his vigilante persona, Peter becomes a huge jerk, and the ooze-infected costume begins to have an addictive draw for him, not unlike Gollum and his obsession with the One Ring in Lord of the Rings.

One unexpected side effect is Peter’s suddenly emo appearance, love of jazz, and penchant for randomly breaking out into dance on the sidewalk. This somewhat cringey aspect of the film has been parodied to death in countless memes, even in another Sony film, Spider-Man: Into the Spider-Verse. Peter’s jerky persona has been lovingly dubbed Bully Maguire in the years since Spider-Man 3‘s release.