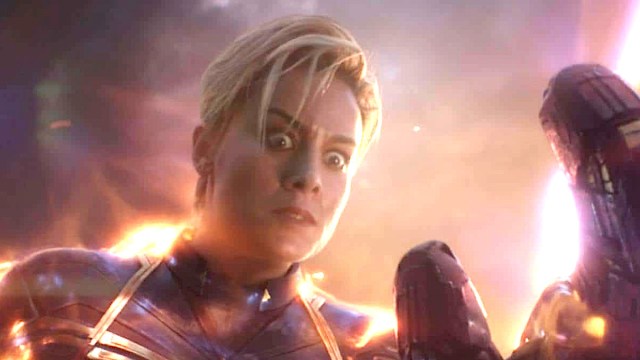 Captain Marvel is, without a doubt, one of the more powerful Avengers in the Marvel Cinematic Universe. However, Carol Danvers could possibly have a secret power that fans didn’t even know about – and it was right in front of our faces in Avengers: Endgame.

A user on Reddit pointed out in a video that Captain Marvel might just have the ability to absorb energy. The clip in question is from the final battle with Thanos, where Danvers seemed to absorb the Gauntlet’s energy while grabbing it and battling the Mad Titan, slightly overpowering him. Of course, all Thanos needed to do was knock the Power Stone out, take it in his opposite hand and smash Carol across the battlefield.

However, upon further inspection, it seems like Captain Marvel’s powers heightened when she grabbed the Gauntlet, which we know gives off a tremendous amount of energy once all the stones are in place. It’s certainly something for fans to debate over, but it’s a reasonable explanation as to why Captain Marvel was so effective against the Mad Titan. You can check out the video for yourself over on Reddit to see what we’re talking about.

If this does prove to be the case, it’ll add to what’s already been a frustrating ride for fans and the presentation of the heroine. Many have complained that the character is very much a Mary Sue given how overpowered she is. And if I’m being honest, it was a bit lame how easily she handled Thanos herself when the Avengers struggled so mightily with him in Infinity War. She was also very aware of how powerful she is, and often cocky at times.

Carol overpowered the big bad at the beginning of Avengers: Endgame before Thor decided to take his head off. And, of course, she absorbed that head-butt from Thanos in the final battle. However, perhaps that very well was due to a secret ability we all overlooked?