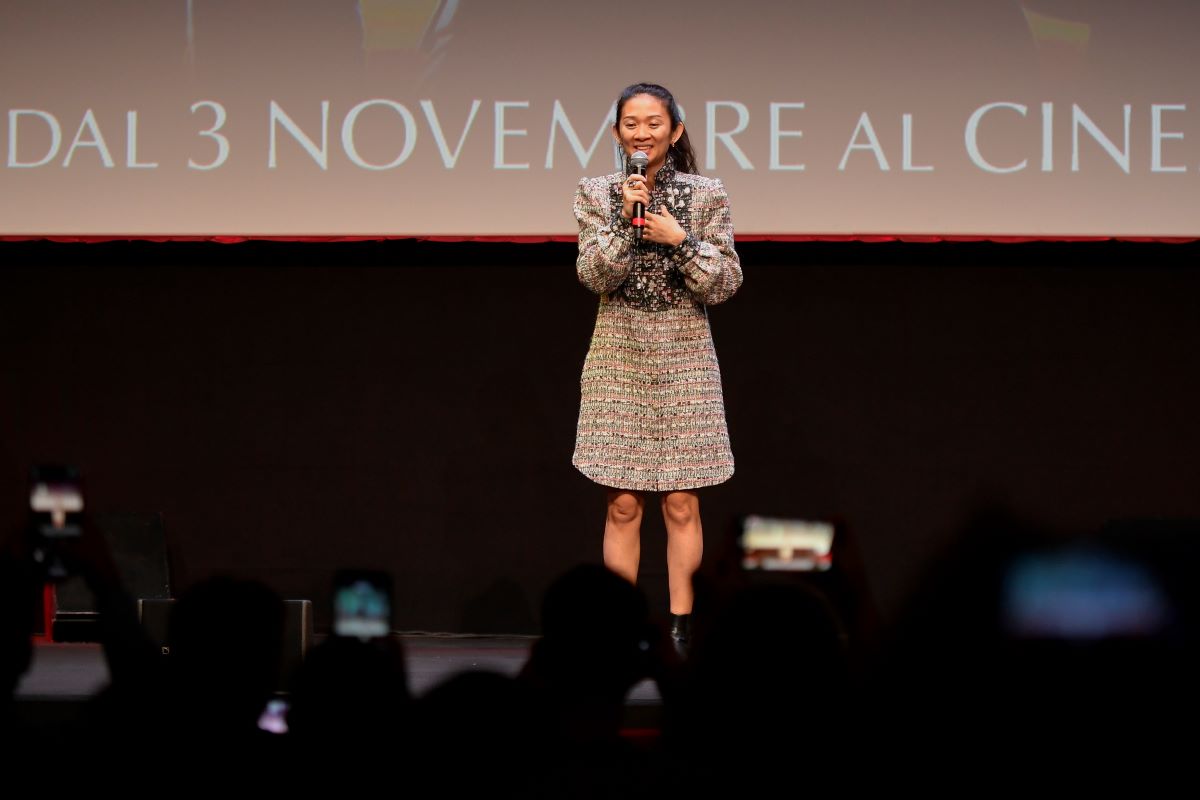 Chloe Zhao attends the official premiere of the movie "Eternals" during the 16th Rome Film Fest 2021 on October 24, 2021 in Rome, Italy. (Photo by Antonio Masiello/Getty Images for RFF)

In April 2021, Chloé Zhao became just the second woman (and the first woman of color) to win an Academy Award for Best Director for Nomadland. Meanwhile, Kathryn Bigelow, Patty Jenkins, Jane Campion, Ava DuVernay and other female directors continue to shine as the best and brightest in their field.

On the whole, though, fewer women were directing top-grossing films in 2021, according to the 24th edition of the Celluloid Ceiling report from San Diego State’s Center for the Study of Women in Television and Film.

“Appearances can be deceiving. While Chloé Zhao won the Oscar last year for directing ‘Nomadland’ and Jane Campion is a frontrunner in this year’s race for ‘The Power of the Dog,’ the percentage of women directing films actually declined in 2021,” the Center’s executive director Martha Lauzen said in a statement, via The Hollywood Reporter. “Basing our perceptions of how women are faring on the well-deserved fortunes of just a few high-profile women can lead us to inaccurate conclusions about the state of women’s employment.”

The study did note, however, that the combined number of women working as directors, writers, producers, executive producers, editors, and cinematographers on the top 250 grossing films did increase slightly. In 2021, that number was 25 percent, up from 23 percent in 2020.