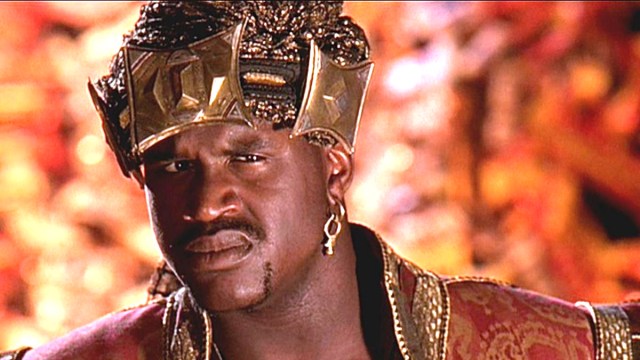 One of the more memorable Mandela effects in Hollywood is the number of people who swear they remember a 1990s movie that starred Sinbad as a genie. It doesn’t exist, and the comedian even did a skit about it, with many misremembering the project at the expense of Shaquille O’Neal’s horrendous 1996 vehicle Kazaam instead.

The messy, messy attempt at combining superhero fantasy with music and comedy was a critical and commercial disaster, failing to recoup its $20 million budget at the box office, and securing a reputation as one of the decade’s worst films. Over a quarter of a century later, and Kazaam is still stuck on a Rotten Tomatoes score of only five percent.

Spare a thought for Meagan Good’s determination to expand her horizons and try to further her big screen career, then, after the Shazam! star revealed to CBR that she was initially under the impression she’s auditioned for the Kazaam sequel absolutely nobody had been asking for.

“When I ended up getting Darla Dudley, I had no idea what I was auditioning for — like zero. I went in and pretended to be a 10 year-old, which was totally up my alley because I am very weird. When I found out, two weeks later, that I got it, I was like, ‘What is it?’ They were like, ‘Shazam!‘ I was like, ‘With Shaquille O’Neal?’ They were like, ‘No, that’s Kazaam. This is Shazam!‘ It’s been a fun character to play, to get my goofy side out, and to work with [actor] Faithe Herman, who is little Darla. In this next installment, I think I am 12 or 13 now.”

Thankfully, Kazaam didn’t get a sequel, but Shazam! most definitely did. The second outing for Zachary Levi’s title hero and the rest of his newfound family is still penciled in for a December 2022 release, with Fury of the Gods looking to follow up one of the DCEU’s best-reviewed installments ever in suitable style.