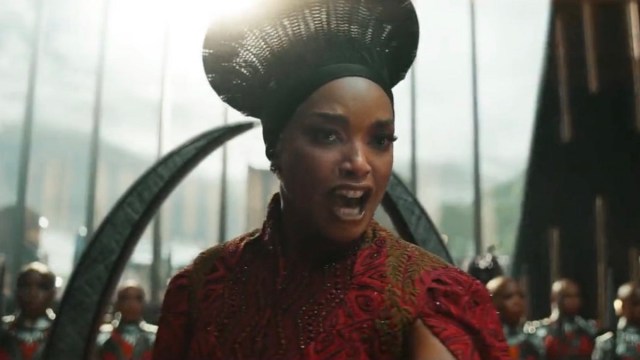 Over the weekend, Marvel released the trailer for the highly anticipated Black Panther sequel, Black Panther: Wakanda Forever, and expectedly, the internet went wild. Several fans and celebrities shared their excitement at the upcoming movie, and Simu Liu, a Marvel alum, had one of the best responses to the drop.

The Canadian actor, and Kim’s Convenience star shared the trailer on his official Twitter account, captioning it “Simply perfect.”, and honestly, truer words were never said. Summing up the emotionally gripping trailer in two words may have seemed impossible, but Liu expressed what we are all thinking at this point.

The uplifting trailer received a swarm of praise on social media, and garnered a whopping 172 million views in the first 24 hours of its release. It featured vocals from Nigerian singer Tems who covered Bob Marley’s classic song, “No Woman No Cry” before morphing into Kendrick Lamar’s signature anthem, “Alright”.

Liu has had a great start to the decade, joining the MCU as Xu Shang-Chi in the acclaimed superhero film, Shang-Chi and the Legend of the Ten Rings. An untitled sequel is already in development, and the actor is set to return as the superhero. He has also been cast in the anticipated 2023 film, Barbie, where he will star as one of many Kens. The ensemble-led film will also star Margot Robbie, Ryan Gosling, Issa Rae, Ncuti Gatwa, and America Ferrera, among other notable names.

Black Panther will be released on Nov. 11, and the film will mark the last installment of Phase Four in the Marvel Cinematic Universe.