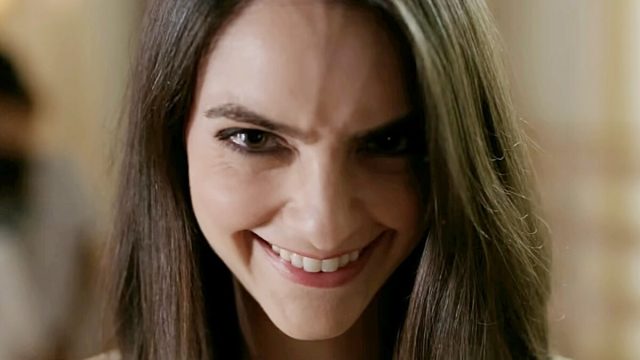 This weekend’s box office was a big one for a Hollywood still rebounding from a pandemic and the ongoing competition from streaming services. Early receipts show horror movie Smile crushing and new entry Bros not doing great.

With early numbers being tabulated, Smile looks like it’s going to pull in around $20 million this weekend, according to Deadline. There’s also the chance it could beat that estimate, which looks possible considering its very successful marketing campaign and high scores from critics.

Smile pulled in $2 million on Thursday and $6.2 million on Friday – a good sign for the rest of the weekend. The second place movie, perhaps unsurprisingly, was Don’t Worry Darling, which has had one insane run of a publicity blitz, with most of it being incidental and drama related.

The movie continues to make headlines because “[fans] who state that they ‘have seen the film,’ not only runs positive, but are also defending the film and suggesting that Don’t Worry Darling should be seen without watching the trailers so that audiences experience it with a clearest mindset,” according to Social media analytics company RelishMix, which added:

“Some fans are throwing in spoilers as well as incidental political shrapnel into threads. Plus, there are explosive new references to Canadian clinical psychologist Jordan Peterson, who is now a subject of comparison to Chris Pine’s character in very recent interviews from director Olivia Wilde, which are drawing even more attention.”

So what about Bros? The movie isn’t suffering from lack of publicity and the fact that it stars the well liked Billy Eichner and that it’s the first gay rom-com in history should also help. However, the movie still came in fourth place, behind The Woman King starring Viola Davis as the leader of an all-women group of warriors in Africa.

Bros made $4.75 million, but it has really good reviews, so that doesn’t mean it won’t be one of those long-run movies that grows through word of mouth. The rest of the top ten looked like this (figures are earnings so far):

We’ll keep you posted as things evolve. It’ll be interesting to see if Bros gets a pop or fizzles out altogether.