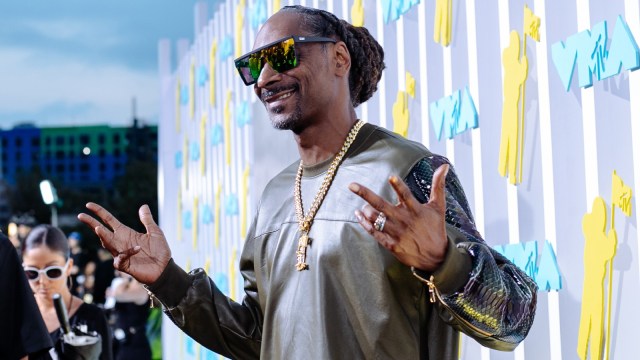 Legendary rapper Snoop Dogg will be the subject of an upcoming biopic from Universal Pictures that he claims will bring together a “perfect marriage” of considerable Hollywood talent in order to bring it to the screen.

Not only will Snoop be intricately involved in the film’s production, but it will also be penned by Black Panther: Wakanda Forever scribe Joe Robert Cole and directed by legendary filmmaker Allen Hughes, according to The Hollywood Reporter. Allen Hughes, alongside his brother Albert Hughes, brought the world such acclaimed cult classics as Menace II Society, Dead Presidents, and The Book of Eli, among others.

Not only will the movie be the inaugural cinematic project by the company Snoop co-owns, Death Row Pictures, but it will also feature many classic songs from the rapper. Snoop is a producer on the project, alongside Sara Ramaker, who also helps run Death Row Pictures. Snoop detailed his long-held excitement for the project in a prepared statement.

“I waited a long time to put this project together because I wanted to choose the right director, the perfect writer, and the greatest movie company I could partner with that could understand the legacy that I’m trying to portray on screen, and the memory I’m trying to leave behind […] It was the perfect marriage. It was holy matrimony, not holy macaroni.”

Universal previously found success in the biopic genre centering on rap music of the late ’80s/early ’90s with 2015’s Oscar-nominated Straight Outta Compton. That film followed the formation and rise of the legendary gangster rap act N.W.A., of which Dr. Dre was a founding member. In real life, Dre discovered Snoop, featured him in many of his songs, and brought him into the spotlight. The Eminem-starring 8 Mile is another example of a Universal film about the life of a well-known rapper that found critical and commercial success, including nabbing an Oscar for Best Original Song for Em’s “Lose Yourself.”

Snoop would go on to carve out a legacy in his own right by selling over 35 million albums and garnering 17 Grammy Award nominations along the way, as well as winning an American Music Award and a Primetime Emmy Award. Snoop has also been a frequent staple in movies over the years, such as a memorable cameo in Dave Chappelle’s comedy Half Baked and the buddy cop movie Starsky & Hutch, among many others. Snoop, Em, and Dr. Dre all performed on stage together earlier this year during the Superbowl Halftime show.