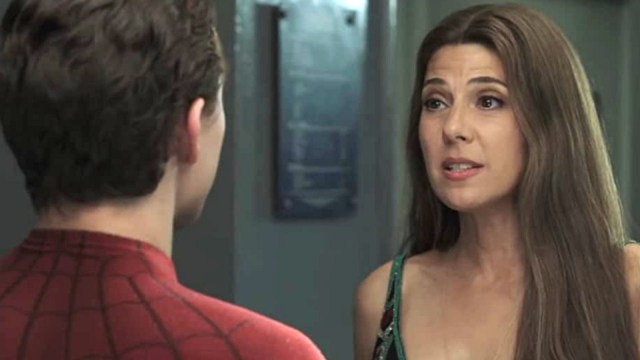 Having become the sixth highest-grossing film in the history of cinema after releasing last December, you’ll be fully aware that the Marvel Cinematic Universe’s Spider-Man: No Way Home roped in a cabal of multiversal villains to wreak havoc on the 616 timeline’s New York City.

Despite being one member short of a full Sinister Six, Tom Holland’s Peter Parker still had plenty to deal with thanks to the combined threat of Willem Dafoe’s Green Goblin, Alfred Molina’s Doctor Octopus, Jamie Foxx’s Electro, Thomas Haden Church’s Sandman, and Rhys Ifans’ Lizard, so much so that he ended up needing an assist from Tobey Maguire and Andrew Garfield’s alternate web-slingers.

However, a new fan theory being put forth on Reddit claims that the ringleader of the nefarious plot may have been Aunt May. That’s right, one intrepid poster has stated their belief that the kindly maternal figure’s desire to try and save the bad guys instead of sending them back clouded Peter’s mind and judgement, which ultimate led to reality almost collapsing in on itself.

Of course, if you subscribe to the theory that everything to transpire in No Way Home was May’s fault, then justice was served when she ended up biting the dust at the hands of Norman Osborn’s extremely sharp and dangerously deadly glider. It’s a wild hypothesis, to be sure, but you’ve got to wonder if there isn’t some genuine substance behind it.

If Peter had done what he was told as relayed by Doctor Strange, then there would be no huge battles across the city, multiversal escapades, or the death of the only family member he had left.