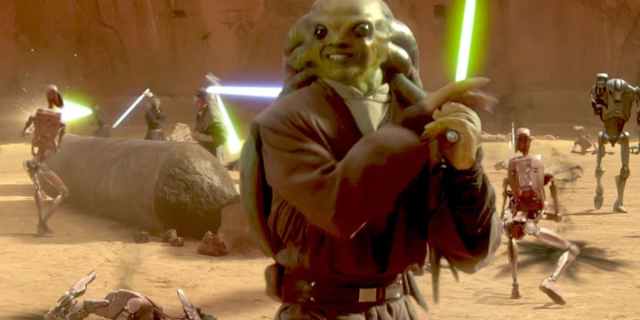 In a franchise as large and ever-expanding as that of Star Wars, with such a vast and detailed universe, it’s no surprise there’s a lot of useless knowledge out there. Fans are now proudly revealing the most useless information they know.

We all know the classic bits of Star Wars trivia like the fact that the original working title was Blue Harvest, or that David Prowse played Darth Vader on set, but what about the truly obscure and strange? The stuff that only the most hardcore would ever be aware of? Enter the home of pedantic Star Wars discussion, its official subreddit.

Fans have recently been feasting on prequel love thanks to Obi-Wan Kenobi’s Disney Plus series, but now they’ll be feasting on these little tidbits from the filming of Return of the Jedi and Revenge of the Sith, both which required some late new scenes to be shot.

The very first scenes in what is undoubtedly the best Star Wars film of all time, The Empire Strikes Back, features the introduction of the snow planet Hoth, but did you know they had to film some of it in a simple hotel parking lot? The magic of filmmaking!

One of the biggest issues in the Star Wars universe is one that’s rarely talked about: the lack of toilets seen on-screen. It wasn’t until Star Wars: Rebels that we got our first glimpse at some porcelain faeces catchers.

Anakin Skywalker is a bit of a bad man, and in the minds of many Star Wars fans is still him slaughtering younglings (you know, children) as he turns into an incredibly bad man in Revenge of the Sith. Were you aware of what the kid who asks him what to do is actually named? Now you are.

In more prequel-era facts, the lovely death sticks guy in that sleazy bar is literally named Sleazebagganno. Don’t ever say Lucas isn’t on the nose.

The lovable cantina band? Their hit song does indeed have a name: “Mad About Me”.

Star Wars fans will continue to accrue weird facts as the franchise continues to produce shows and movies. All Star Wars media is currently available to stream on Disney Plus.