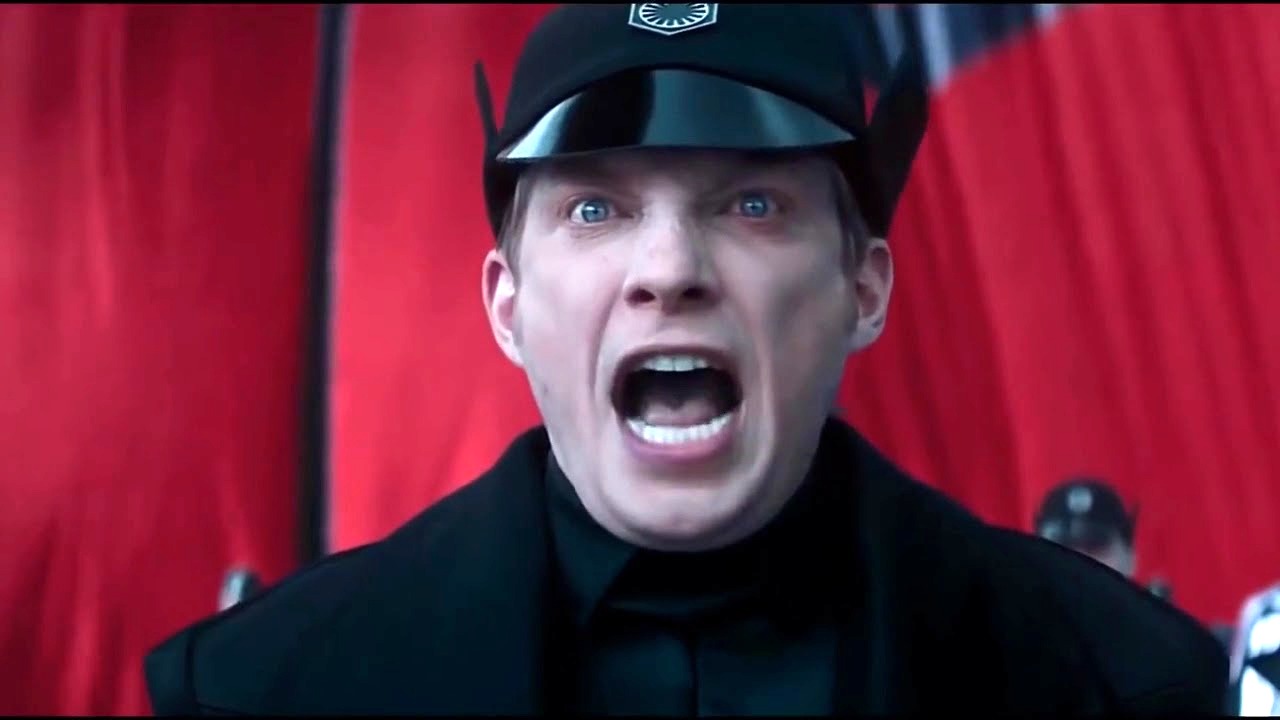 Although they’re conflicted about everything else in the sequel trilogy, Star Wars fans can agree on one thing: General Hux’s speech rocks.

Earlier today on the Star Wars subreddit, user YaaaaScience posed a simple question. “Am I the only one who thinks this speech from Genreral [sic] Hux was pretty terrifying and badass,” they wondered, with users thoroughly agreeing with over 2,600 upvotes and almost 600 comments.

“Yep, great moment,” another Redditor wrote. “He really sold the hatred and zealotry of the first order.”

Hux’s speech, which occurs during The Force Awakens, is hard to watch without thinking of Hitler. Here’s a transcript of his Nuremb—er, Starkiller Base address:

“Today is the end of the Republic. The end of a regime that acquiesces to disorder. At this very moment in a system far from here, the New Republic lies to the galaxy while secretly supporting the treachery of the loathsome Resistance. This fierce machine which you have built, upon which we stand, will bring an end to the Senate, to their cherished fleet. All remaining systems will bow to the First Order and will remember this as the last day of the Republic! FIRE!”

Of course, many Redditors rolled with the Hitler comparison.

Agreement isn’t unanimous, though. Some Redditors think that the speech is “campy,” “forced,” not intimidating, and/or clouded by the eventual humiliation of the character that resulted in the “total waste of Domhall [sic] Gleeson’s exceptional talents.”

Whether you find the speech badass or corny, you can contribute to the discussion here.