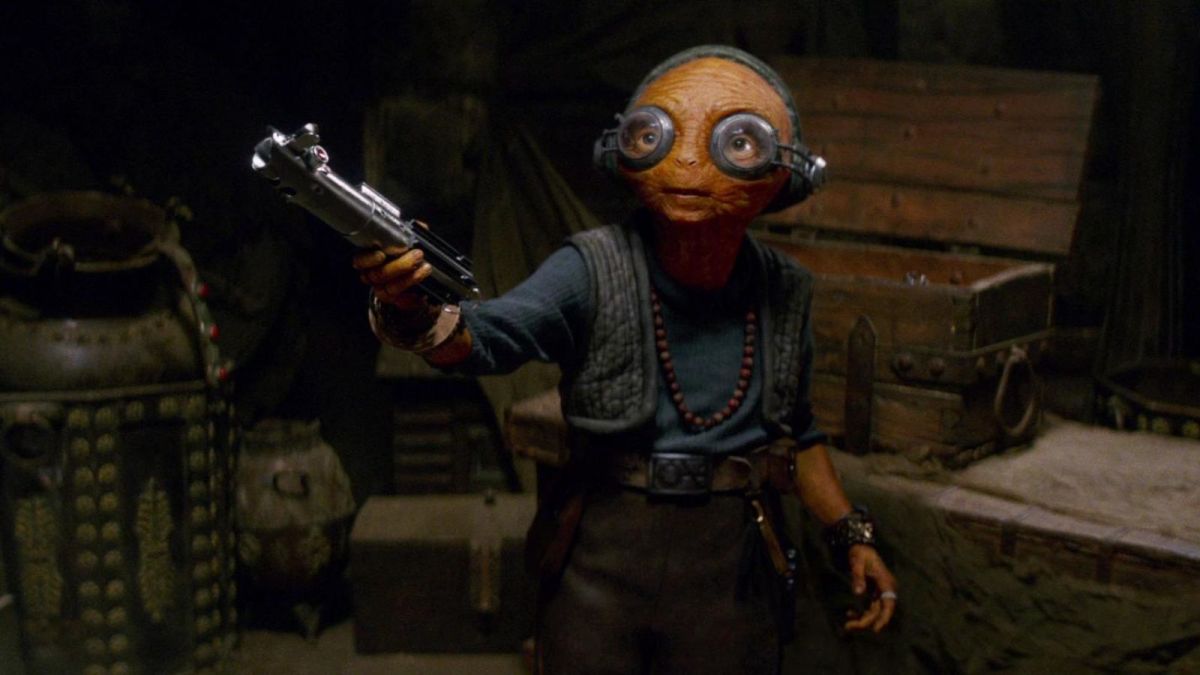 The Star Wars sequel trilogy was filled with so many questions, especially due to the time jump. But while some of them were answered, others remain unknown and it wasn’t brought up in any of the three films. Now, three years after the release of Star Wars: The Rise of Skywalker, a fan wondered if a certain scene from Star Wars: The Force Awakens was resolved.

Over on Reddit, user u/Kingkrool1994 asked if Maz answered the question on how she got Luke Skywalker’s lightsaber. In the film, Maz told Han Solo, Finn, and Chewbacca that she would answer how she obtained Skywalker’s saber at another time.

But unfortunately, Luke Skywalker never explained it in the second film, and in fact, just throws it away. The third film comes and goes, and it wasn’t mentioned at all.

Disney and Lucasarts had the opportunity to answer it at least in Episode VIII but it was almost as if they’d forgotten to address it. Fans jokingly predict that Disney will answer it in 10 years’ time, but only for a brief second. Meanwhile, others who claimed to have the answers said they will give it “at another time.”

Knowing the sequel trilogy, the answer would most likely fall around the lines of “somehow, she found it.” Unfortunately, this became the go-to line in the sequels when the writers wanted something to happen but don’t have a clear answer to how it unfolded, like when Palpatine returned in The Rise of Skywalker.

Some fans predict that it may be answered in Disney Plus’ Star Wars series like Bad Batch. But even if that did happen, surely it shouldn’t be up to the side stories that we get answers to one of the questions in the film. Unfortunately, this has happened before. During the Star Wars crossover event in Fortnite, Palpatine’s declaration of “the day of the sith” was heard in the game. And it was through that crossover event that fans got an explanation of the final moments of the ninth film.

While it is somewhat an interesting way to connect the other shows to the main films, all the information we need to understand Star Wars films should be in the films alone and the side stories would ideally just expand on what the films have shown us.