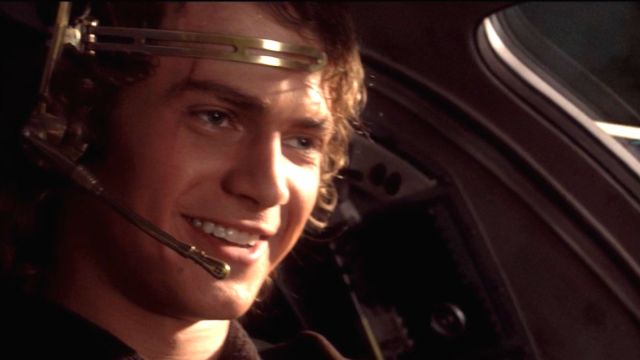 Opening scenes are perhaps the most important of any scene in a movie. Audiences are most receptive to what kind of film they’re about to watch in the first 15 minutes. The opening scene lets people know if they’re watching a comedy, a horror film, a rom-com, or a full-blown war epic.

In the eleven Star Wars live-action films to date, they’ve all had varied opening scenes but generally consist of one of two things: big spaceships or big explosions. But which film has the best opening?

That’s what fans on Reddit are currently debating, and opinion seems divided across the board.

There are a few schools of thought on this topic, but one of the most popular ones is the first ever in the franchise. A New Hope’s astonishing opening shot speaks volumes. A large ship of the Empire shows how large and menacing a force they are, then a small rebellion craft shows how small they are in comparison. Then you add in Vader’s introduction, and the droids, and you’ve got an iconic opening.

The third film in the original trilogy also saw a great set-up for the conflict. An army of stormtroopers come to greet Vader and The Emperor, and the stakes are set for how menacing the Emperor truly is, and his powers.

A divisive film for many, but The Last Jedi continued the tradition of a big space dogfight to kick off a Star Wars film too. Poe’s battle mixed in with the failings to bomb Snoke’s ship and setting up the film’s theme of failure is a fine choice.

Anakin mutters “this is where the fun begins” as fans finally got to see the Clone Wars in Revenge of the Sith and what it looked like. Who doesn’t enjoy looking at Temuera Morrison’s face copy-pasted everywhere?

It could be a long while before we see a new opening scene in the Star Wars film franchise, with a bigger focus now going on Disney Plus series such as The Mandalorian and The Book of Boba Fett.