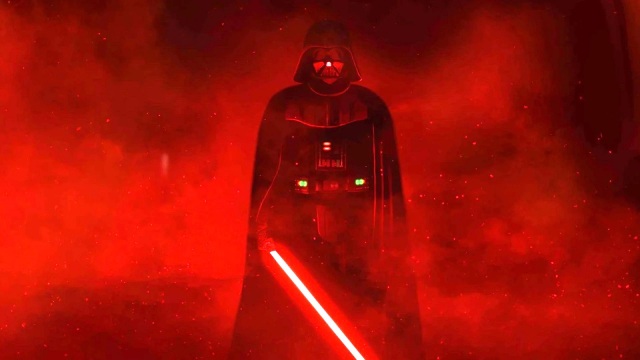 The Galactic Empire ruled the Star Wars universe with an iron fist, going so far as to wipe out an entire planet just to prove their might. But their overconfidence proved to be their downfall as they fatally underestimated the tenacity and resolve of the Rebel Alliance.

But could things have gone differently if Darth Vader had been in control rather than Emperor Palpatine? It’s been noted that once the Empire was in power Palpatine preferred a hands-off approach, relying on his Moffs for military strategy and administration, Vader as his right-hand man, and focusing more on the long-term goals of Imperial rule. Would a more active leader have decapitated the Rebels before they became a threat?

Fans on r/StarWars are debating their merits as leaders, though the consensus seems to be that Palpatine was a surprisingly good figurehead. Leaving aside the morality of his actions he ticks a lot of boxes for being a successful CEO figure: he focused on the bigger picture, didn’t micromanage, and allowed his immediate subordinates to achieve their goals as they saw fit.

By contrast, Vader is noted for repeatedly showing a narrow focus on a single problem. We’ve seen this twice on screen, first in The Empire Strikes Back in his pursuit of Luke Skywalker and again in Obi-Wan Kenobi in his quest to capture his former master. Also, Vader isn’t exactly a political mastermind – it’s difficult to imagine him having the patience to gladhand various administrators to get them on the side of the Empire.

A fan imagines Vader’s Empire as more of a blitzkrieg force moving across the galaxy, with the Imperial Army becoming much more aggressive and him leading from the front. This may actually have made the galaxy somewhat more peaceful, as there’d be less of a focus in keeping the entire galaxy under strict Imperial regulations. But Vader’s ‘crusade’ wouldn’t be sustainable for long, so Palpatine’s machiavellian dealings were the smart way to go.