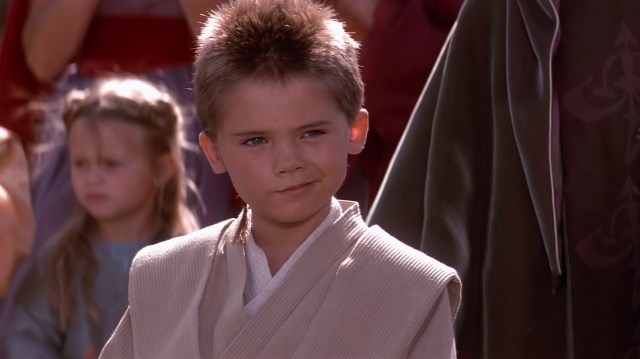 On paper, the chances of Qui-Gon Jinn and Obi-Wan Kenobi meeting Anakin Skywalker in Star Wars: The Phantom Menace were low. They were only on Tatooine after a stray shot damaged their hyperdrive, and what are the chances they’d stroll into the junk shop in which one of the most powerful Force users in the galaxy worked?

The counter to this is that the “will of the Force” guided the Jedi to Anakin, who needed to fulfill the prophecy of the Chosen One. But what would have happened if the Jedi had never found Anakin? Star Wars fans are on the case, though with Anakin’s talents, most believe he wouldn’t have stayed a slave for long.

The top-rated reply is a lengthy post theorizing that Anakin’s piloting and mechanic skills would have made him a talented smuggler who’d have left Tatooine as soon as possible. From there, he’d have likely become involved in the Clone Wars and with his latent Force abilities he’s likely to have been noted by any Jedi he’d have encountered.

Another points out that while Anakin is an incredibly useful person for Palpatine to have on his side, he’s not critical to the plan:

Others point out that if Anakin never met Padme, we don’t have Luke and Leia, and the original trilogy goes very differently. Without Luke using the Force in the Battle of Yavin, the Death Star’s existence would cement Imperial power:

But could Anakin really be called an “afterthought”?

We’d love to see a Star Wars “What If…?” anthology for these very reasons and more, but the closest we’ve gotten is the Star Wars Infinities comic series from the mid-2000s, which saw Leia being turned to the dark side by Vader after A New Hope, Luke dying on Hoth and Han Solo attempting to follow in his Jedi footsteps, with Luke and Leia teaming up to take down the Emperor. More like that please!