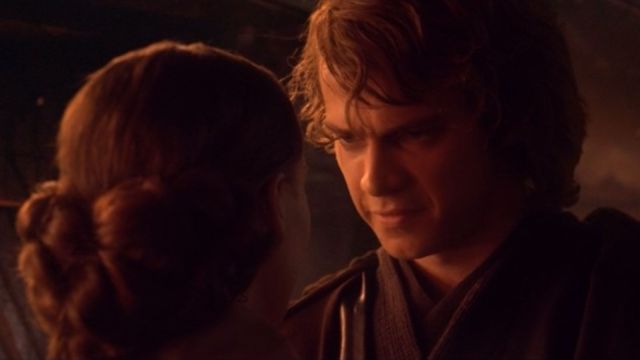 At times like these, Stars Wars needs to produce a ‘What if…?’ series of its own. Especially now, since more content involving past characters is getting produced. Now, another ‘what if’ scenario was proposed to the Star Wars community — what if Padmé Amidala survived and saw Anakin Skywalker turn into Darth Vader?

This scenario was pitched on r/StarWars by Reddit user u/iamphaedrus1, where they asked what if the queen and senator of Naboo survived giving birth to her children, Luke and Leia. After all, the Star Wars universe was filled with high technology, some even capable of replacing human parts with machinery. Surely, there’s some medical tech out there in the galaxy to give this high-profile character a chance to live past labor.

Fans responded with multiple possibilities on what would happen to their relationship if the senator lived to see her husband be the evilest guy in the galaxy. One suggestion was that she was fated to die anyway, even if she did live. But instead of labor, it would be through a broken heart, and no technology exists that can cure heartbreak.

Others believe that Padmé would go into hiding with her children for her and their safety. Perhaps a cover story would be produced to say that she died or she lived in exile.

Others theorized that Padmé is the only one who could put some sense into Anakin and that he would immediately stop and would attempt to kill Palpatine himself. That or his transformation into Vader would be canceled and someone else would have to fill in.

But one notable outcome that most fans predicted is that the rebellion against the empire would transform into the biggest lover’s quarrel in the galaxy. Husband against wife with different ideals. Who will survive? The Star Wars saga would transform a sci-fi epic into a romantic tragedy.

For some fans, they saw Padmé’s death as a last-minute decision as she didn’t exist in the main trilogy, and the writers needed to think of something to get rid of the character in the prequels. But then again, Padmé’s death helped paved the path for her children to stop the evil doings of their father.