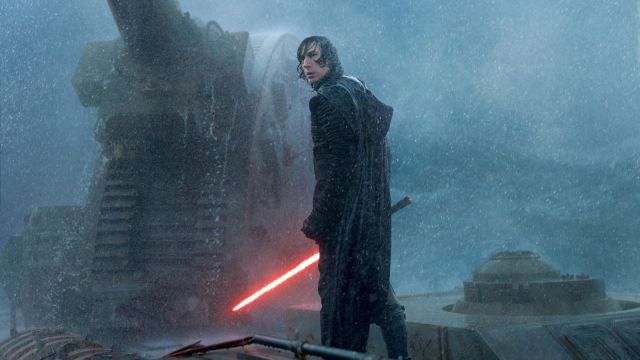 In many respects Star Wars: The Rise of Skywalker continued where The Last Jedi left off, particularly in becoming an online punching bag for a few years. But fans are now ready to give some at least love to the much-criticized finale, and in particular one scene.

They single out Ben and Han’s supernatural reunion as ‘the best scene in the saga’, arguing that it neatly encapsulates every important theme the movies are trying to communicate:

After his showdown with Rey Skywalker, Kylo Ren ditches his mask and lightsaber to become Ben Solo. As he struggles with his identity and his guilt over his past he gets some consolation from ghost dad Han Solo. It’s one of the most emotionally engaging scenes in the film, and tapping into the core themes is what has made it memorable.

Fans agree, but also believe there’s one core theme missing: blowing stuff up. After all, can you name a Star Wars movie without a big ol’ explosion?

Fans also name Han’s death on Starkiller base in The Force Awakens as one of the most shocking scenes in Star Wars since Darth Vader’s big reveal in The Empire Strikes Back.

One user disagrees with it as the best in the saga, but only ever-so-slightly. They deem the preceding windswept and watery lightsaber duel as one of the finest as Rey and Ben hashed it out for the first time since Starkiller’s icy forests.

Star Wars: The Rise of Skywalker and the entire sequel trilogy is available to stream on Disney Plus.