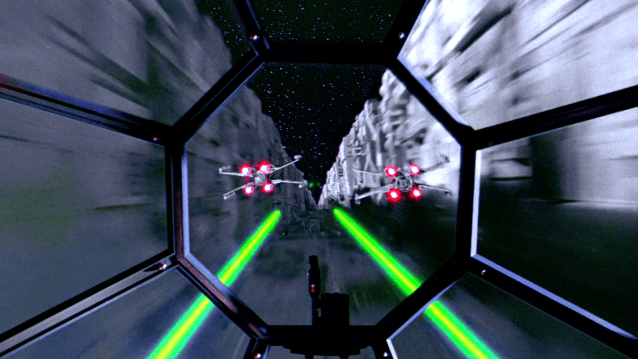 Though Star Wars has been blossoming on Disney Plus, the same can’t be said for the silver screen. It’s now been three years since The Rise of Skywalker, and no upcoming movie even has a firm release date. Projects like Patty Jenkins’ Rogue Squadron or Rian Johnson’s trilogy have been announced with great fanfare then sputtered out, and Taika Waititi and Kevin Feige’s movies still appear to be very early on in development.

Well, now you can cross another one off the slate, as J.D. Dillard’s Star Wars movie isn’t happening. Not much was known about this low-key project, but it was first reported on in late 2020 before going completely silent. Dillard confirmed the cancellation in a recent interview, saying the project is “unfortunately no longer a thing” and hinting that he might have been inspired by the classic 90s PC game TIE Fighter.

Star Wars fans are used to this by now, though Dillard’s movie was flying so under the radar it seems many didn’t even know it existed:

Other replies point to mismanagement by Lucasfilm boss Kathleen Kennedy:

Others say they wish Lucasfilm would only unveil projects when they’re absolutely positively actually happening:

This sentiment seems to be echoed by Disney itself. We recently saw a report that the Mouse House was frustrated that Lucasfilm has failed to get a Star Wars movie into screens over the last few years (and likely won’t until 2025 at the earliest). The one ray of light for the franchise is Damon Lindelof’s The Rise of Skywalker sequel, which seems to be being fast-tracked through production and may well land in December 2025.

Here’s hoping they manage it, because we miss Star Wars on the big screen.