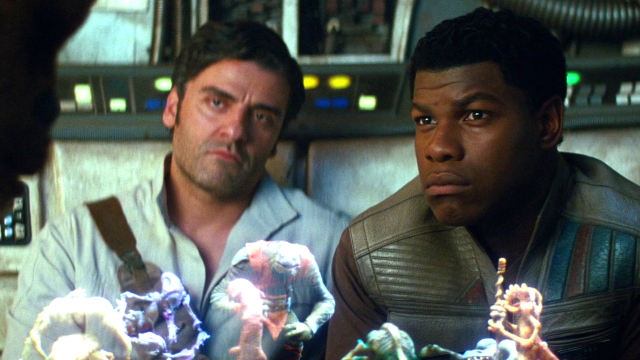 Disney’s Star Wars sequel trilogy is the poster child for cinematic missed opportunities. With Mark Hamill, Harrison Ford, and Carrie Fisher on board, they had a stacked cast of some of the best actors in new roles, and what sounded like a smart philosophy of using practical effects as much as possible.

Sadly, it didn’t work out as it should have, with the plan to have each installment helmed by a different director and failing to decide the overarching plot ahead of time resulting in a disjointed story culminating in the catastrophic The Rise of Skywalker. Ever since, fans have been theorizing how Lucasfilm might have done better, with one theory that it could have been a brilliant trilogy if John Boyega’s Finn had been the main character instead of Rey.

As a former Stormtrooper, Finn has a great redemptive arc baked in, where there were constant hints that he’s Force-sensitive (later confirmed in, of all things, a LEGO spinoff), and him leading some kind of Stormtrooper rebellion against the First Order would have made for a great finale. Sadly, his role was minimized with each movie and by the time The Rise of Skywalker happened, Finn was just along for the ride.

Some fans agree, though anything would have been better than him simply supporting Rey:

But others point out that it would still have been the same basic story of the First Order and the Resistance, which many feel is a poor reprise of what we’d already seen:

Maybe the problems go deeper than who the main character is:

Perhaps a trilogy directly centered upon Kylo Ren as a dark mirror to Luke’s arc would have been better:

Another point of view is that there’s nothing intrinsically wrong with Rey, just the writers dropped the ball:

We’d still love to see Boyega back as Finn. It’s sad that the scenes of Rey training Finn in the Force are relegated to The LEGO Star Wars Holiday Special, as Boyega would have nailed this on film. Perhaps we might one day get a ‘sequel sequel trilogy’ picking up years after The Rise of Skywalker, but let’s just hope they properly think it through this time.