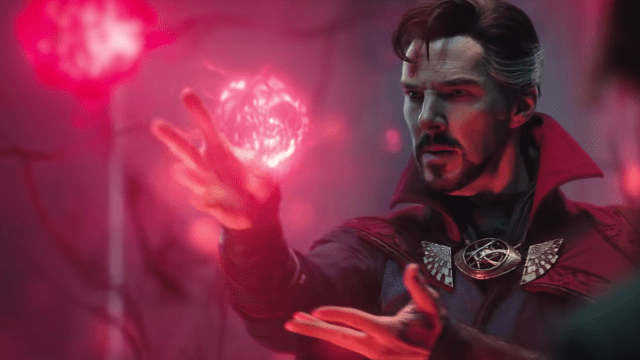 A creative Stranger Things fan posted a hilarious meme that saw Doctor Strange journey through the multiverse and enter The Upside Down to chat with Vecna.

Redditor Straight_Entrance_44 uploaded an image depicting an interdimensional exchange between Vecna (Jamie Campbell Bower) and Dr. Stephen Strange (Benedict Cumberbatch) lamenting the unfairness of the relative indifference to the disappearance of Barbara Holland (Shannon Purser) with the fury of the Hawkins High School basketball team after he murdered Chrissy Cunningham (Grace van Dien).

While fans of the show were amused by the meme, it sparked a discussion in the r/StrangerThings subreddit about Vecna’s misplaced self-pity. TiredPistacio pointed out that Vecna carelessly attacked Chrissy in front of a witness and didn’t bother to dispose of the evidence after her demise.

BlackWindow21968 observed that Barb’s life in Hawkins was lonely and bleak enough for the authorities to believe that she might have run away. They agreed that leaving Chrissy’s body behind after her murder was a rookie move on Vecna’s part.

Another point of view is that Chrissy’s death and the ensuing indignation were down to her position in Hawkins’s social hierarchy and Barb’s comparative lack of status.

SilkSyndicate opined that without any evidence to confirm Barbara’s murder, the community looked for her but was holding out for concrete answers. Whereas, the sheer brutality of Chrissy’s murder stirred up the emotions of the people who knew and loved her.

The contrasting responses to the murders of Barb and Chrissy have real-world significance, as they underscore the need and value of relationships. The fact that Barb was socially isolated made her more vulnerable than Chrissy because few people knew Barb well enough to understand that running away was contrary to her baseline behavior. As long as there was no evidence of foul play, Barb was viewed as someone who could plausibly disappear, making Vecna’s life a lot less complicated.