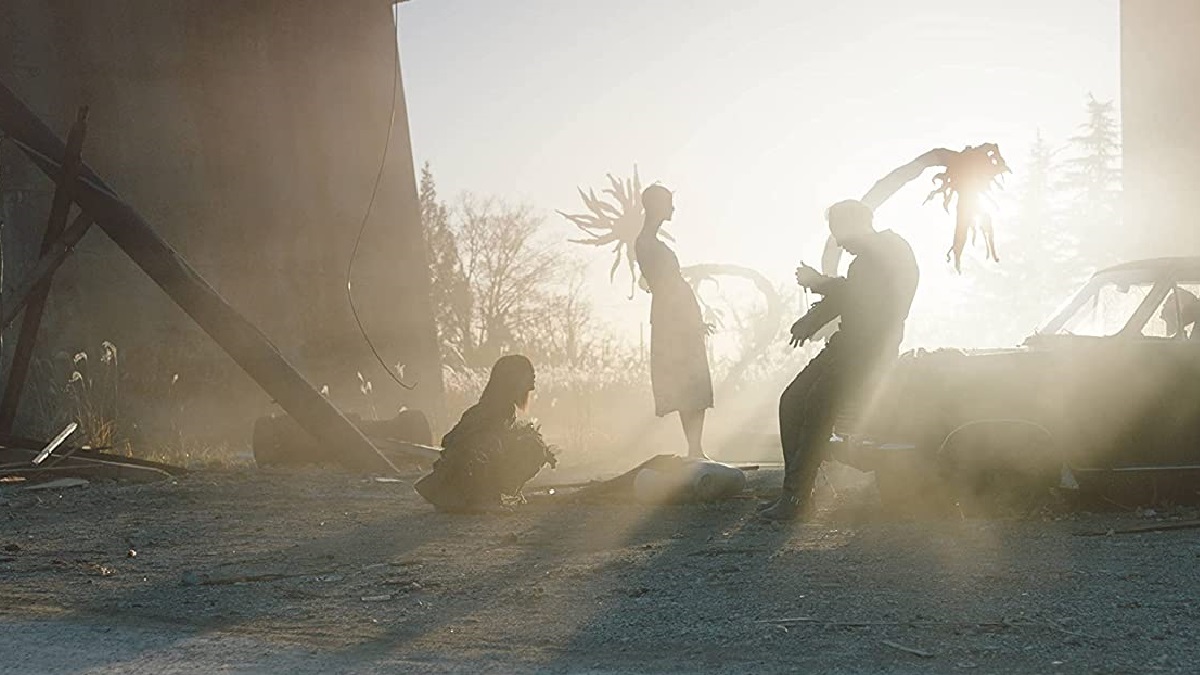 Even before you discover just how opinion-splitting the movie proved to be between critics and crowds, the mere existence of something like Prisoners of the Ghostland was always guaranteed to have the potential to be beloved by some, and detested by others.

After all, we’re talking about a dystopian neo-Western headlined by Nicolas Cage playing a character literally named Hero, who gets strapped into a leather jumpsuit rigged with explosives at the behest of the criminal overlord that rules over a place called Samurai Town, tasking our intrepid protagonist to track down his missing granddaughter in exchange for his freedom.

The majority of the marketing revolved around Cage repeatedly calling Prisoners of the Ghostland the most insane film he’d ever made, which is either a terrifying or heartening endorsement, albeit one that proved to be true in one way or another. A 61 percent Rotten Tomatoes score is solid, a 20 percent user rating is not, but the divisive slab of cinematic insanity dialed way past 11 has been uniformly welcomed in with open arms on streaming.

As per FlixPatrol, Prisoners of the Ghostland has become one of the most-watched features on Starz this weekend, even if it’s a million miles away from bringing festive cheer to your device of choosing. In the long run, the flick might be remembered for nothing more than Cage screaming “testicles” at the top of his lungs for roughly 15 seconds, but that’s still one hell of a lasting reputation given the mountain of memes he spawns.