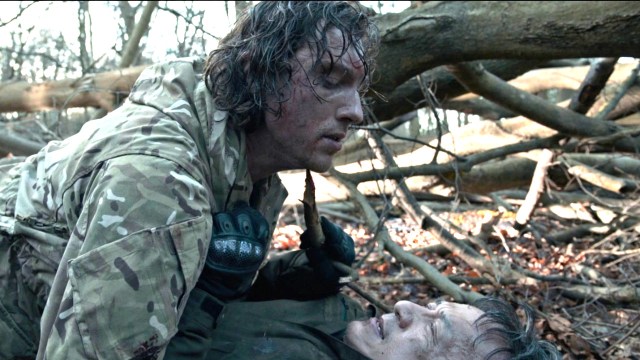 If all you knew about The Foreigner heading in was the identity of its director and stars, then you’d be forgiven for thinking the 2017 actioner would be a light-hearted romp that allowed the key players to do what they do best.

Director Martin Campbell is no stranger to fun-filled blockbusters with a loose grip on taking themselves too seriously having helmed GoldenEye, The Mask of Zorro, and Vertical Limit to name but three, while leading man Jackie Chan became an enduring icon for deftly marrying slapstick comedy with feats of jaw-dropping athleticism, never mind the presence of the typically suave and charming Pierce Brosnan in a key supporting role.

However, The Foreigner was an altogether different experience, one that took plenty of fans by surprise. Chan plays it straight as a grieving father who mounts a one-man rampage of revenge after a politically-charged terrorist attack claims the life of his daughter, with Brosnan’s high-ranking political official right in the crosshairs.

A hit on two fronts, the against-type thriller earned in excess of $145 million at the box office on a $35 million budget, before finding huge success on streaming after being released exclusively on Netflix in many major international markets. Half a decade later and it’s back at it again, this time on an entirely different platform.

Per FlixPatrol, The Foreigner has managed to crack the iTunes Top 10 in six different countries spread out over two continents, and it’s worth checking out just to see Chan prove that he’s got serious dramatic chops underneath his signature penchant for daredevil antics.