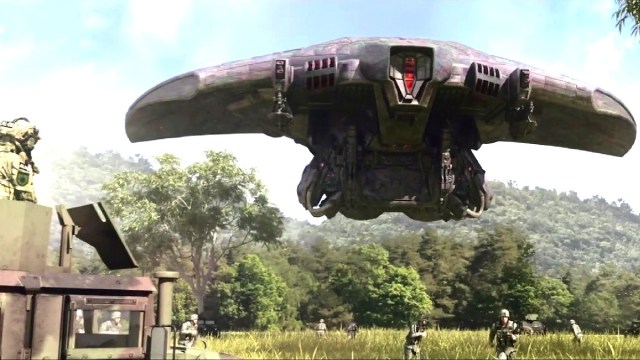 The VOD market is awash with bargain basement movies of every genre, and most of them have thoroughly on-the-nose titles that let you know exactly what you’re letting yourself in for. It may have been deemed as an affront to the good name of cinema, but at least Alien Conquest doesn’t pull any punches when it comes to teasing its plot.

That being said, a 2.8/10 audience rating on IMDb might tempt you to stay as far away from the sci-fi story as possible, especially when the user reviews over such winning summations as “who finances this garbage?”, “laughable”, “horrible”, “total utter rubbish”, and perhaps our personal favorite; “dumpster fire inside a train wreck”.

To be fair, there are certain standards one expects from a 2021 release featuring Tom Sizemore in a notable capacity, so nobody should be faulted for going into Alien Conquest with anything even remotely resembling high expectations. Bizarrely, though, Prime Video subscribers have decided to take a risk on the universally-panned effort, even if they might regret it in the end.

As per FlixPatrol, the story of sibling astronomers discovering that Martians are threatening an invasion of our planet has become a Top 10 hit in four different countries, with audiences enraptured by watching the ragtag group of protagonists try to weaponize earthbound diseases against their would-be conquerors from beyond the stars.

Based on the consensus, there’s absolutely nothing whatsoever to recommend about Alien Conquest, but that quite clearly hasn’t done a damn thing to dissuade those who shell out a monthly fee for Amazon’s platform.