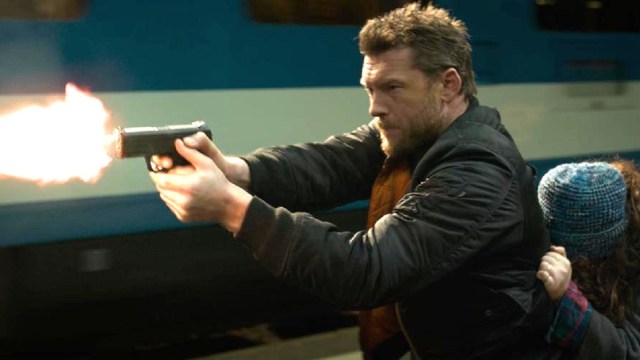 Had The Hunter’s Prayer arrived a few years earlier than it did, then there’s a chance it may have found more of an audience. Instead, the 2017 action thriller came and went without barely gaining any attention whatsoever, although it certainly didn’t help that reviews could very generously be described as ranging from underwhelming to unenthusiastic.

Directed by U-571 and Terminator 3: Rise of the Machines‘ Jonathan Mostow, scripted by his regular collaborators John Brancato and Michael Ferris (who also penned David Fincher’s phenomenal The Game and Halle Berry’s decidedly less-so Catwoman), the Terminator connection was continued through Sam Worthington’s presence in the lead role.

Like we said, those creative ingredients would carry a lot more weight in 2010 than 2017, but The Hunter’s Prayer hardly endeared itself to either critics or audiences, at least if we’re basing it on respective Rotten Tomatoes scores of 33 percent and 23 percent. B-tier shoot ’em ups can never be discounted on streaming, though, with the widely-derided actioner riding a renewed wave of momentum on the iTunes charts in the early stages of the week, per FlixPatrol.

Worthington’s lone assassin becomes the latest in a long line of hitmen who can’t bring themselves to pull the trigger on their latest target, so they instead partner up to go on the run across Europe from the malevolent forces seeking to bring them down, all while enacting a plan for revenge and uncovering a hidden subplot that ties back to both of their previous lives. Hardly the most original setup or execution, then, but a strong performer on-demand regardless.