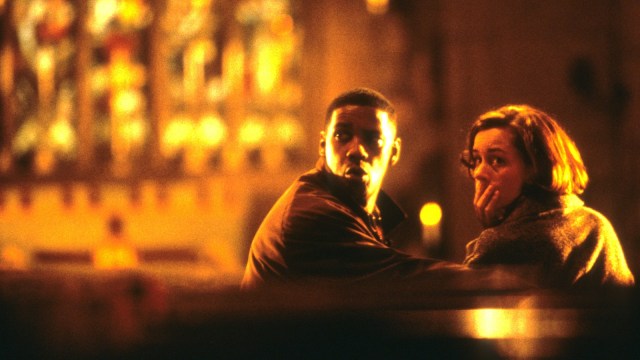 During his lengthy reign as one of the most popular and bankable stars in the industry, Denzel Washington has tackled virtually every genre under the sun, but it would be fair to say that horror has hardly been his stock-in-trade. When he did dip his toes into those waters with 1998’s Fallen, though, the end result was crushingly disappointing and massively underwhelming.

The supernatural psychological thriller has a decent premise, with Washington’s dogged detective being present at the execution of a convicted serial murderer. However, when a string of bodies bearing eerie similarities to the recently deceased’s signature style of killing begin piling up, a professor introduces the possibility of sinister and occult forces potentially being involved, with a malevolent spirit quickly emerging as a suspect.

Based on the fact Fallen could only bring in $25 million at the box office on a $46 million budget, it would appear that audiences in the late ’90s simply weren’t ready (or all that interested) in seeing Denzel go down the demonic route. A 40 percent Rotten Tomatoes score could also underline another reason why it bombed, but over 50,000 users have named it fit for a 72 percent rating.

On the plus side, Fallen is now recapturing imaginations all over again, having gained a new lease of life on streaming. As per FlixPatrol, the overlooked entry in Washington’s back catalogue has been flying up the Prime Video global charts, where it’s even managed to secure Top 10 status in the United Kingdom, proving that Denzel will draw them in wherever you can find his films.